Chow Do This! Fun in General TV


Things are looking a little different on Fourth Avenue these days: Lindy’s Diner on 4th, a business of 13 years, moved to a bigger location—and they don't even have to change their name.

Lindy’s is now where Bumsted's once lived (and Bumsted’s isn’t happy about it, but as Lindon Reilly, owner of Lindy's put it: “We are trying to be respectful about it but we are also really excited for the new space.”)

The restaurant's reconstruction and cleaning process started on March 1 and is officially open.

Lindy’s is, of course, know for their menu of juicy, decadent burgers. Regular customers crave their burgers because of the toppings that go on it such as mac and cheese, guacamole, sour cream, bacon, and raspberry preserves. Yum.

That’s not all the exciting news for Lindy’s because Josh Denny, the host of Food Network’s Ginormous Foods, came to Lindy's to tape his show and try one of their infamous burgers. And it really sounds like he stopped in the right plave: Denny says his favorite burger topping is more burgers.

Reilly said Denny tried a new version of their three-pound burger with extra ghost pepper sauce and green chile. Denny travels all over America to find dishes large enough to feed an army and he makes it his goal to eat every bite.

If you want a chance to see your hometown featured on television, the episode will air on June 9, but that is subject to change, so keep an eye on your television schedule.

Do Arizona Republicans Want to (a) Dismantle; (b) Damage; (c) Degrade; and/or (d) Devalue Public Education?

Song of the Day: Sedlmayr on J. Geils and 'Give it to Me' 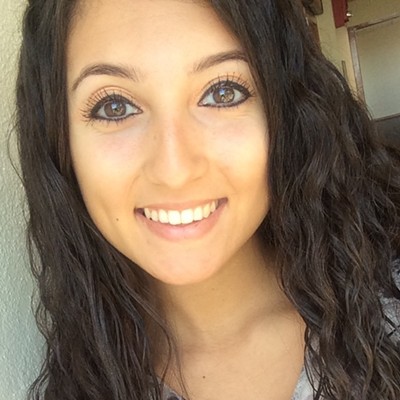