The new sci-fi-horror film starring Jake Gyllenhaal and Ryan Reynolds, is an inconsistent but overall sturdy genre pic that looks great and ultimately delivers the goods despite a few slow patches and a couple of remarkably dumb moments.

Credit director Daniel Espinosa for setting a grim tone and sticking with it through the very end. Too many big-budget films wimp out with their visions, but Life isn’t afraid to go to the dark place and stick around until the credits roll. Gyllenhaal and Reynolds play astronauts pulling a long haul on an international space station. Gyllenhaal’s David Jordan is actually about to break the record for consecutive days in space, and generally prefers life in the stars to life back on our miserable planet.

The crew is awaiting a space capsule containing samples from Mars, and these samples will put forth an amazing discovery: life beyond our planet. Ship scientist Hugh Derry (Ariyon Bakare) discovers a cell, wakes it up, and marvels at its ability to grow at a rapid pace. He eventually finds himself marveling at the little guy’s ability to grab on to his glove and basically mulch the hand within it. So, as the viewer quickly discovers, life on Mars was probably a total shit show, because this globular nasty—a distant cousin of Steve McQueen’s The Blob—digs on killing everything in its path.

The expedition goes from a triumphant discovery to ultra protective mode in a matter of seconds. If this thing gets to Earth, the Blue Planet will look like the Orange Planet virtually overnight. The movie hums along nicely for a while as the organism picks off crewmembers in grisly fashion. Some of those death scenes will impress those of you who like your movie deaths yucky, and Life does good things with weightless blood-splattering. 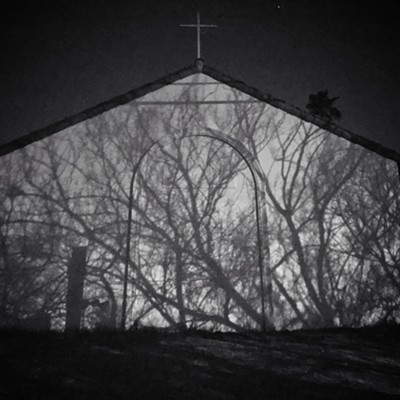 Streets of This Town: The Nervous System

In 13 Years, Every Private School and Home-Schooled Student Could Have a Voucher