Kohl-eyed goth-glamsters are back from the dead, or maybe that’s what they’d like you to believe. Or maybe they never died and just sort of faded away, which is worse.

The band never got credit for defining a moment in time. For one thing, they captured the milieu of the decadence of the porn-driven decline of late ’90s suburban Los Angeles, that bizarre cultural dead zone, and soundtracked it with the industrial throb of underground Hollywood clubs, putting their own “death-pop” sizzle on it.

It’s remarkable how their singular sound had a wonderfully nihilistic tint to it that reflected Southern California underbellies. Their latest, a seven-song EP called Talk Sick, dropped in ’15, and it’s formidable dancefloor thunder-smack, blending infectious melody with EDM. A new EP, Entropy, is just coming out.

Catch them with Powerman 500, Death Valley High, Knee High Fox, Lethal Injektion, and Swindy on at 6 p.m. Tuesday, Jan. 24 at The Rock (136 N. Park Ave.) Tickets to this all ages show, should you choose to buy them, are $18-$20. Or you could just enter to win below—we're giving away three pairs.

Southern AZ COVID-19 AM Roundup for Friday, April 23: Walk-Ups welcome, no appointment necessary for UA Pod; 7K new appointments for next week opening today; Here are other ways to get your shot

How Not To Read The Onion 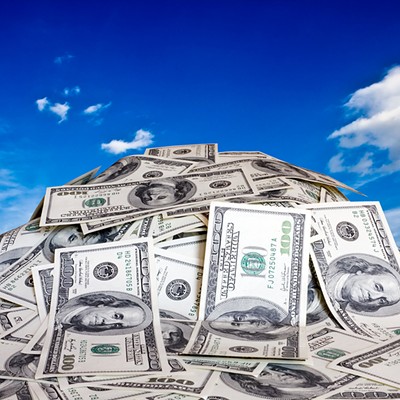