Getting Real: Breaking Into Reality TV


Recently, the Hanson Film Institute at the UA partnered with Film Tucson to discuss Film and TV. They've talked about everything from how to fund and independent film, to how to get an agent. In their next panel they will finally be tackling the beast that is reality TV.

In light of recent news, it seems safe for me to say that reality TV has officially taken over the world as we know it.

From never being able to turn on the television without hearing the next Kardashian scandal, or the fact a reality television star will be the next President of the United States, reality TV is here to stay and does not seem to be going anywhere anytime soon.

During the panel, the Hanson Film Institute and Film Tucson have called upon four panelists who are experts in the topic of reality TV. They will be discussing the ins and outs; covering how exactly it's made, if it is truly reality,​ what makes a good show and the million dollar question, why people continue to watch.

Of the four panelists, three are UA alums who have taken the knowledge that they learned in the classroom and have used it to conquer great things in the realm of reality television. Ryane Belafsky, UA Media Arts grad, is a freelance reality TV producer who has worked on fan favorites such as Project Runway Junior and TLC show Outdaughtered. Nor Caspi, who graduated with a degree in Finance, is currently a TV agent at William Morris Endeavor. Josh Murphy serves as the Senior Vice President of the Pilgrim Media Group, and graduated from the UA with a Bachelor of Arts degree with an emphasis in Media Arts Producing.

The fourth panelist may not have graduated from the UA, but is no stranger to Tucson or reality TV. Anthony Michaels is a local tattoo artist who competed on, and won the seventh season of Spike TV's reality show, Ink Master.

All four panelists have their own unique perspective on the industry of reality TV, and will be bringing their individual perspective to every topic discussed.

Along with the panel, there will also be a contest. Pull out your thinking caps Tucson, because locals will be allowed to submit pitch ideas for a new reality TV show, extra points for one with a Southern Arizona flair. The winner of the competition will have the opportunity to pitch their idea to the judges with the possibility of making their reality show idea, an actual reality.

All submissions for the competition are due to be submitted by Nov. 27. The entires can be submitted at http://bit.ly/2flMcwb.

The panel will take place on Dec. 2 from 4-5 p.m. at the UA Center for Creative Photography (1030 N. Olive Road) and admission is free.

Update! Vince Neil to play Donald Trump's Induction. Of Course He is. True Bros in Arms. 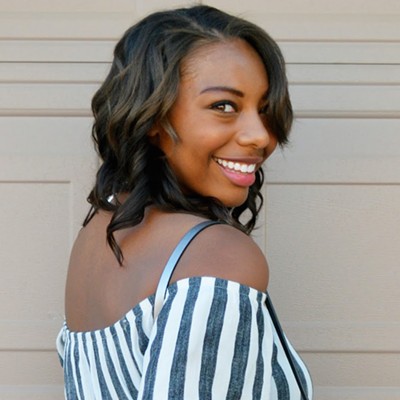