Is TUSD Stiffing Teachers? The Star Says So, Repeatedly.

If you've been looking at coverage of education issues in the Star recently, you've read that TUSD is shafting teachers by keeping their compensation unnecessarily low. In July of this year, Alexis Huicochea wrote an article headlined, Tucson Unified going slow on teacher raises despite Prop. 123. Then last Friday, Tim Steller wrote a column with the headline, TUSD teachers' money balanced district's books. Most likely, neither of the Star staffers wrote their own headlines, but their stories make a similar point: TUSD is holding back money that should be going into teacher compensation.

Is it true? That's a complicated question which I can't answer to my complete satisfaction. I'm sure the claim in the Huicochea article is mostly false. I don't know how accurate Steller's column is, though I know he didn't make his point clearly and forcefully enough for me to arrive at a satisfactory answer.

Before looking at the two articles, I want to separate out two related but distinct issues. One is the question of how much money teachers make through their salaries and other compensation. The other is where the money comes from—which funding sources are used to pay teachers. Both are worthy of discussion, but they're two separate topics, and when they're tangled together, it can lead to sloppy logic and false conclusions.

The funding source issue is part of a very complex discussion about budgets which is beyond my ability to sort out successfully, though I try. Huicochea and Steller aren't experts in the art of budget analysis either, based on what they've written. I don't get the sense they understand the process any better than I do. And even people who have the necessary background in school district budgeting and accounting and make the effort to sort out budget issues can disagree.

The Star pieces are focused on two different TUSD funding sources: Prop 123 and Prop 301. Their assertions, so far as I can tell, are at least partly accurate when it comes to the specific use of the money flowing from those two propositions. But even if there were questions about how the funding was distributed, does that mean teachers got less money than they should have received, as the pieces maintain? Let's start by looking at Huicochea's article.

In her article, Huicochea left the distinct impression that TUSD teachers were only getting a $700 raise, far less than teachers in other local districts, and according to her article, the reason was, the district reneged on its promise to devote most of its Prop 123 funds to teacher salaries. But if you look at the new employee contract, it shows returning TUSD teachers received a $2,000 raise. Here's the 2015-16 contract. Here's the 2016-17 contract. You'll see two identical looking teacher salary tables, but the numbers on the 2016-17 contract in each category are $1,500 higher than they were in 2015-16. Moving up a year in experience adds another $500. That means a returning teacher gets a $2,000 salary boost.

Did all the added funding come from Prop 123? That's a separate question. As a teacher with 30-plus years in public schools, I received hundreds of monthly paychecks from school districts, yet I never once asked myself which funds were used to pay my salary. I never once called up the payroll department or the administrator in charge of budgeting to try and find out. I didn't care. When it came to my salary, all that mattered to me was the numbers on my paycheck.

So, from this retired teacher's standpoint, what matters is, returning teachers got a $2,000 raise, not the $700 figure which is the takeaway from Huicochea's article. Did the raise come from Prop 123 money? That's a different issue. True, the board voted $700 for salaries after Prop 123 passed as the article said, but it voted in the remainder of the raise before election day. If people want to argue the district cheated teachers by guaranteeing them a raise even if Prop 123 went down, then gave them the rest of the raise after the proposition passed, that's their choice. That's not how it looks to me, but I don't have any control over the conclusions people arrive at. But to say, or imply, TUSD teachers got a $700 raise is simply false. Was TUSD "going slow on teacher raises despite Prop. 123," as the article's headline says? Not according to the teachers contract, which is what matters.

Steller's article doesn't offer a definite answer to his assertion that teachers got less compensation than they should have in some years, though that may be true. He's talking about performance pay, which is in addition to teachers' salaries and is supposed to come from Prop 301 funds. He says some of those funds which should have gone to teachers were held back, starting with the last year John Pedicone was superintendent and continuing during the years H.T. Sanchez has been superintendent. That may be absolutely true, or maybe not. In a Facebook comment string, former Superintendent John Pedicone wrote that Steller was wrong about what happened with Prop 301 money on his watch. Who's right? I don't know, but until the difference of opinion is cleared up, it certainly muddies the waters.

I don't have the skills or the time to answer the two questions I posed. It would mean going back four or more years into the salary and compensation structure at TUSD, doing similar investigations into some representative districts in the area, then looking at all the information gathered and having the knowledge and understanding to draw accurate conclusions. That would be a major endeavor, well above my pay grade and ability level. I'm relatively certain Steller hasn't done the background work either. He writes multiple columns every week—writes them well and informatively, I should add—on a wide variety of topics and has to do serious research for each of them. The monumental amount of time necessary to do a cross-district comparison may be justified for a lengthy investigative article on the subject, but not for one day's column. Unless he's done significantly more work than is indicated in his column, Steller's conclusion, and its importance in how much TUSD teachers were compensated, is still an open question.

Full Disclosure Note: I was criticized in the comments section recently for not revealing contributions I've made to candidates for the TUSD board. Though that post and this one are more analytical than political, the commenter was more right than wrong. So, in the interest of full disclosure, I have contributed to the campaigns of Kristel Foster and Cam Juarez. 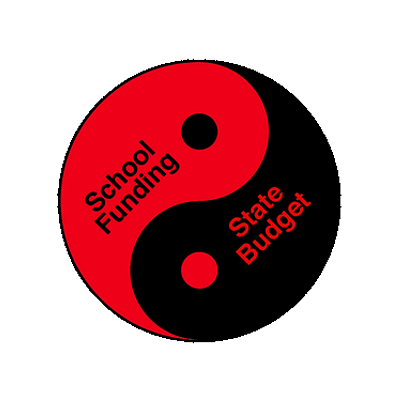