Kurt Vile Talks Inspiration, Family and the Quests of Songwriting


Kurt Vile is riding a bit of a high. After a rigorous year of touring behind 2015’s b’lieve i’m goin down…, the Philadelphia-based musician and his band, The Violators, had been feeling a bit of the tour blues—that zombie-esque state where “you hit a wall and things just sound the same,” as he puts it. A big push into musical festivals, the bread-and-butter of indie rock acts during the summer months, was tempered by a much smaller and simple show that revitalized Vile the night before we spoke.

“We came back to a club, and played Norfolk, Virginia—NorVa, of all places, [where] years ago I opened for Flaming Lips there—and everything was perfect. Everything clicked with the stage sound or whatever.”

There’s a brightness to his description that touring musicians can appreciate, as those moments when it all comes together, much less comes flooding back, is a rare and pleasant thing. Vile is a musician’s musician as well, having bridged that divide between those who can really play and those who can really write. Even after being asked about that sunburst-finished Fender Jaguar in the “Pretty Pimpin” video, Vile can expound on its genesis and his reasoning behind that instrument (influenced by a combination of Violators guitarist Rob Laakso, indie rock band Swirlies, Spacemen 3’s The Perfect Prescription and a love of pre-CBS Fender guitars) at will. It’s hard to imagine the removal of Kurt Vile, the guitarist, from Kurt Vile, the songwriter, but he jokes about each medium growing in kind with the experience he’s gained.

“These days, I can really play guitar from all this touring, so I can pretty much shred the guitar—I’m officially a really good guitar player,” he jokes. “I’m also proud of all the songs I’ve written and I feel like my songwriting is always getting better all the time and that’s always a quest of its own. It’s fun because there’s no rules really, but I’m always influenced by classic things and I’m always trying to stand out. You’ve got to find your little nook to do it in, a little different than anyone else.”

Through a lens of folk, psychedelia, fingerpicked guitar and piano, Vile reimagined the indie rock landscape with b’lieve i’m goin down…, his sixth record in eight years. “Pretty Pimpin,” a song that was seemingly omnipresent for the better half of 2015, hit number one on the Billboard Adult Alternative chart, giving Vile an unprecedented reach to a mainstream audience—something he’d eschewed when he started out.

To begin, Vile had set his sights on Drag City Records, the home of cult-favorite musicians like Bill Callahan and Ty Segall. b’lieve, for all of its crisp production and mixing, still holds elements of that left-of-field approach that has been Vile’s calling card while solo. A lesser artist could combine the influences and styles that Vile brought together on b’lieve and come out with a disjointed, incoherent product, but this is just not the case here. Rather, it may be an indication as to why he’s so revered in critical circles. Ambitious as it is to produce an album of this caliber every couple of years, with touring cycles and writing sessions in between releases, it’s almost a catharsis for Vile.

“These days, I like to be honest and I like my songs to be about something,” he says. “They’re always about something in their own abstract way, but I feel like these days my writing is refined. That doesn’t mean I’m not religious about a certain way of writing, but I think it has to be honest at the end of it.”

Part of Vile’s honesty stems from the hardworking ethos he has developed since striking out on his own. Indie music, as nebulous and far-reaching a term as that is, has one global truth to it: This isn’t a genre that most people make any money from, and if you somehow do find yourself on a tour bus in the middle of a U.S. or European tour, it’s because of a combination of sacrifice, toil and fortune. Leaving his family for weeks or months at a time isn’t easy for Vile, though it does afford some unique opportunities for his daughters.

“We’re homeschooling the kids so they're not just stuck in one building and we can just go all over the world,” he says with a sense of reward to being able to provide for his family and himself.

“The records get a little better every time and they do a little better and the fees get better at shows and it takes a while because you have to go away, but it takes a while to get the payoff,” he says.” I really feel like as tough as it is to go away, I’m enabling myself to just, at some point, just disappear for a year. When I’m home, I’m home 24/7, opposed to the alternative [where] other people go to a nine-to-five job, so it takes a lot of struggle to finally just get over on the good side.”

One would argue that Vile is close to that sense of enlightenment, that ability to write a publicly beloved record or just slip behind the curtain to spend time at home. A gestation period is necessary to his creative output, albeit with an incessant touring schedule. As he draws nearer to the follow up to b’lieve, marked in part by upcoming recording sessions with revered indie producer Peter Katis up in Bridgeport, CT, he’s more aware of the balance between making music, promoting that music, and supporting his family.

“I few like the last few records have come out two years apart and I’ve been writing plenty of music and I’ve been recording in between touring, but after the summer I’ll be focusing on the record, mostly,” he says. “I’ll still be touring and stuff but it will slow down enough where there’s downtime enough to do that and go back on tour, which I’ve kind of discovered I really like. If I just completely disappear just to make a record, I go deep into the record. If I’m just touring for a while then that burns me out and into the rabbit hole as well. The beauty is that you get a break and find yourself again.”

Kurt Vile and the Violators will be playing at the Rialto Theatre this Saturday, Aug. 6 at 8 p.m. Tickets cost $23-$25 and are available online. 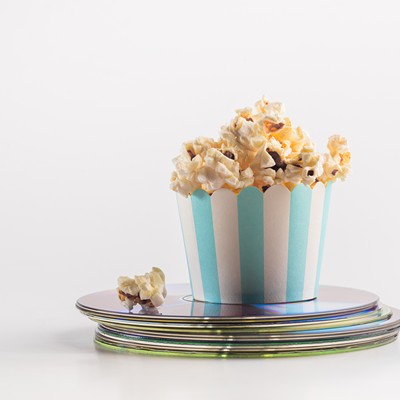