Local nanobrewery Public Brewhouse is celebrating its one year anniversary.

It took Mike Gura and Cody Van Haren, the two head brewers and owners at Public, three years to open up their brewery. The two met while working as EMTs on an ambulance together and have been brewing together for five years now. The idea to open a brewery originated in 2012, and was a full-fledged goal a year later. In November 2013 Gura started a Kickstarter, which raised $36,000 for the brewery.

After two years of dealing with zoning codes, licensing and certification the nanobrewery was able to open up in August 2015.

Gura began brewing 13 years ago in Utah, mainly out of necessity.

“The alcohol laws in Utah were such that you couldn’t buy good beer,” Gura said. You had to buy beer from the state liquor store, you had to buy singles, and it was always warm. The selection wasn’t very good and the beer was always gross, because it got skunk from being hot.”

Instead of committing a long drive to Colorado for good beer Gura decided to start brewing his own. The passion he developed for the process is evident to those around them.

“When a new shipment of hops comes in they're like kids in a candy store,” Christa Weidenschilling, a bartender at Public said. “Mike and Cody will talk about beer for hours and hours. They’ll point out the differences in grain and hops. You really learn a lot working here.”

That sense of community isn't an accident.

“Our name, Public, comes from the idea that a pub is a public house. We really wanted to create an environment people feel comfortable coming into," Gura said. "I think we provide a service that people appreciate. We have a lot of regulars from the neighborhood, which is exactly what we wanted. Local people coming in and having conversations, and sharing stories."

Gura’s idea of a community center becomes very apparent when spending time at Public. The bartenders are friendly and knowledgeable about the different beers on tap, and the regulars pull you into their conversations and make you feel like part of a community.

“All of us bartenders here have a good time,” Weidenscilling said. "I would come in after yoga class, I was a bar fly for a while and if you drink the beer long enough I guess you end up working here.”

The first anniversary celebration will start at noon on Saturday, Aug. 6.  Some of the beers that will be featured at the celebration are new from this brewery, and there will be also be brews from other influential breweries.

“Were going to have some really cool guest taps, beers that were pivotal in developing our palates,” Gura said. He would like to keep the guest taps for the event a secret, but said about one of the beers, “I don’t think their beer has ever been on tap in Arizona.”

Public got off to a rocky start when they ran out of beer at their grand opening, but quickly bounced back. Since opening they’ve been able to turn out more than 150 batches of beer.

“Business has been good, we’ve been able to pay the bills. I expected I’d have to spend half my salary to keep this place open, but it’s sustained itself," Gura said. We’ve been able to invest in some new equipment, were still look into moving into a larger system, it’s given us a lot of confidence moving forward." 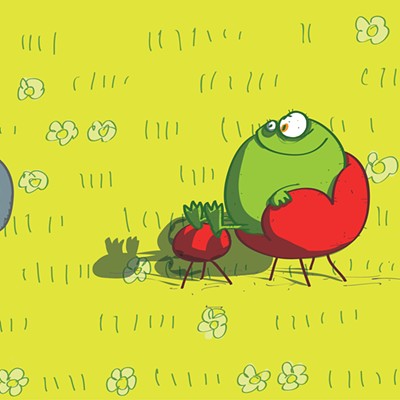