Cinema Do This! Nostalgia


The death of 49 toddlers in the ABC Day Care fire in our sister desert city of Hermosillo is probably one of the most soul wrenching days—if not the saddest and most puzzling day—in Sonora's modern history.

The morning of June 5, 2009, at least 200 babies and toddlers were dropped off by their parents. In the early afternoon, during nap time (la hora de la siesta) the fire from neighboring storage owned by the state's Finance Department spread to ABC—a warehouse with practically no emergency exists, a small main entrance, defective fire alarms and a tarpaulin ceiling. More than 100 children and staff were injured by the fire, according to Hermosillo's newspaper El Imparcial. The 49 angels passed away either because of the fire, smoke or the ceiling's collapse.

Evidence quickly piled up suggesting negligence and corruption from the day care's owners, all the way up the ladder to federal and state officials.

ABC was inspected often, and somehow it always passed. In fact, 10 days before the fire, it passed its last inspection.

Except, in 2005, federal authorities ordered the owners to get rid of the tarp, add more emergency exits and widen the entrance, according to a June 2009 New York Times article. Absolutely nothing happened. What's more, several months later that same federal agency—the Instituto Mexicano del Seguro Social, Mexico's Social Security—renewed its contract with ABC even though the repairs were never made.

It took seven years for the families to get some sort of justice.

In May of this year, 19 of the presumably 22 people involved in the fire—including the IMSS representative in Sonora—were sentenced to at least 20 years in prison for culpable homicide of the 49 toddlers.

It's not enough. It's a tragedy that should have never happened.


49 Angels
"I don't know how a parent can bury their kid, let alone a 2-year-old. It is brutal," says Charlie Minn, a documentary filmmaker who spent one week in Hermosillo this past December to work on his latest doc, 49 Angels. The documentary will screen at The Screening Room starting today and through the seventh anniversary of the tragedy on June 5. "I honestly don't know how some people get through what they go through."

"Mexico's two biggest problems are corruption and government impunity. This cuts right through the heart of it," he says. "This is just like the 43 missing [Ayotzinapa] students. In Mexico, certain people are protected and certain people are not."

For the doc, which was co-produced by Paul Cicala of KVOA, Minn spoke with some of the families of the toddlers who passed away, including a child who lost his brother in the fire, as well as two kids who survived the fire. "[They] were burnt and had to go through so much medical treatment and therapy," Minn says.

49 Angels will screen starting Thursday, June 2 at 9:30 p.m. For more information on screening times, check out The Screening Room's website. 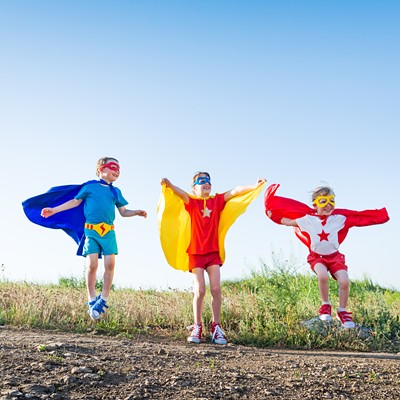