Although the pop-up restaurant trend has firmly entrenched itself in the dining culture of other cities, the concept is still gaining traction here in Tucson with occasional events that offer a little something different than what you'd typically expect from local restaurants. One local up-and-coming chef is running with the idea, creating unique one-time events in various alternative venues.

Pop-Up Tucson is run by 22-year-old chef Riley Chandler, who has trained under chef Janos Wilder and assists in Carriage House events. For the first event, Chandler hosted a five-course dinner in Ventana Canyon on May 1 alongside chef TJ Culp. Culp runs similar pop-up-style events in Phoenix.

On Saturday, May 14 at 10 a.m., Chandler will present his second event at a currently undisclosed location, which will be provided to attendees once they RSVP. For this event, Chandler and chef James Piazza will offer a three-course, mimosa-paired brunch. Piazza, who is 27, is a pizzaiolo and chef currently working for Chris Bianco in Phoenix.

According to Piazza, he met Chandler through the music scene when they were younger and in bands and then re-connected in the food scene as chefs.

"[I want to] express the same intent and represent where I come from...from mentors like Chris and Robbie [Tutlewski, Bianco's chef de cuisine]," Piazza says. "And Riley the same at Janos."

Along with blood orange and prickly pear mimosas, the menu for the second Pop-Up Tucson event will be:

These guerilla-style dining events offer the chance to sample some of the passion and creativity coming from young chefs in the state. If that sounds good to you, you can reserve your spot at Saturday's Pop-Up Tucson event by visiting the event's website. The event is $75 and space is limited. The Gibb Mandish Jazz Triowill also be perform during the brunch.

TUSD's University High is Number One in Local National Merit Scholars! (and That Doesn't Mean a Whole Lot) 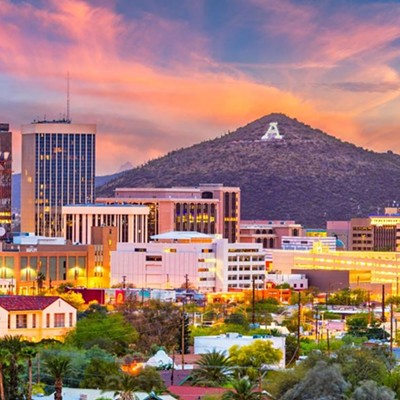