Bryan Sanders Speaks About Being Slugged at Tucson Trump Rally: "It's a Me vs. Fascism Thing" J.D. Fitzgerald
Bryan Sanders got slugged while protesting at Tucson's Trump rally.
Bryan Sanders, who was punched in the face at Donald Trump's Tucson rally earlier this month, writes in The Guardian about why he was protesting The Donald:

People have asked me: why did you go down there and disrupt their rally? Don’t they have the right to meet and talk about anything they want? But sometimes, when you have someone who is trying to grab power for themselves, you have to look them in the eye and call them a liar – that’s what I did.

I hesitate to think – it’s a thought that comes from the darkest part of my psyche – that the place was teeming with people who wanted to beat me. Most people aren’t violent. Trump supporters are good people; This is not a me vs them thing – it’s a me vs fascism thing.

I don’t want to be an angry person. But nobody deserves having a violent attack on them because of a political protest. Nobody should have to deal with that; none of us. This is America. That’s not how we roll.

But people are going to have to make themselves heard. It’s not enough just to vote. I feel it’s important for people to make their voice heard peacefully through protest – always peacefully. Donald Trump’s supporters are very motivated. To those of us that are afraid of what his presidency might portend, I suggest that we start taking him as seriously as he himself does – which is very seriously indeed. 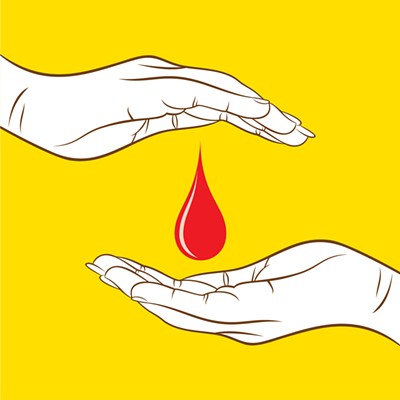