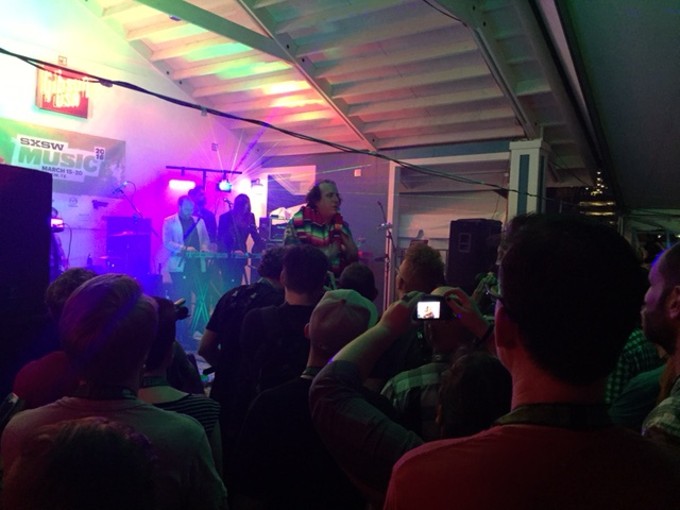 Jim Nintzel
Better luck next time.
When you’re working on something on the scale of SXSW, there will be the occasional technical difficulty—and so it was at the SXSW Music Opening Party at Maggie’s May, where all the tangles of wires and machinery malfunctioned and a visibly furious Har Mar Superstar tried to get it all straightened out, to no avail.

Har Mar told the crowd he wasn’t going to be able to play the set he’d prepared, “which sucks some big fat dick.”

He did blaze through one song before he and his band stormed off stage. Hey, he’s got a few more sets on the schedule, so perhaps our paths will intersect again before the week is out.

To switch things up, my crew headed over to Hideout to check out comedian Nate Bargatze, who presented a hilarious set about raising kids, why he quit drinking. He closed with a tale about a visit to North Carolina’s Cape Fear Serpentarium, which concluded with the escape of a crocodile and a mass panic among the tour group. (Check out this one-star review from Trip Adviser from June 14, 2015 for the horrifying yet hilarious details.)

Not much else to report from night one—a few long lines, a lot of wandering downtown Austin’s streets and a decision to call it a night around midnight because of my own technical difficulties. Looking forward to a lot more music today.