Make Money in Your Spare Time! Open an ESA-Funded School.

The latest news on the Empowerment Scholarship Accounts [aka Vouchers on Steroids] vouchers-for-everyone bill is that it's stuck in the House, temporarily at least. Republican leadership postponed debate on HB 2482. They know the Democrats are against it, but the problem is, some Republicans are concerned about it as well. So until they can scare up the needed votes—and I use the term "scare up" advisedly—the bill is on hold.

But I want to bring up one more thought on the ramifications of offering vouchers for all Arizona children, using a post by Richard Gilman from his Bringing Up Arizona website, an excellent place to go for information and ideas about the state of Arizona education.

I mentioned earlier that the greatest beneficiaries of the vouchers-for-all bill are people of means. The ESA voucher for an average student is between $3,500 and $5,000 a year, not enough to pay tuition and expenses at most of the better quality private schools but plenty to give upper middle class and wealthy parents a way to lower their tuition costs on the taxpayer dime. In his post, Gilman covers another aspect of the bill: that it will encourage shady operators to create private schools on the cheap, lure in the children of unsuspecting parents, then pocket as much voucher money as they can. That's what happened, by the way, when Washington, D.C., offered private school vouchers. A similar problem arises whenever there's a rapid expansion of charter schools. A few years back, for example, horror stories were coming out of Florida about the unsafe conditions and nearly complete lack of education at a number of charters.
Here's Richard Gilman's take.

THIS IS AN OPPORTUNITY YOU DON’T WANT TO MISS

Psst, want to make a quick killing? Go into the school business with me. The state’s making it just too good to pass up.

They’re going to put well over $3,000 of taxpayer money in every kid’s backpack, tell his parents nothing more than he needs to get instruction in reading, grammar, mathematics, social sciences and science, and send him out to spend the money on whatever “education” provider he chooses.

Here’s the best part. All you and I have to do to collect this kid’s check is call ourselves a “school,” set up an Arizona address, and accept every child who walks through the door regardless of his race, color, or national origin. And believe me, we’re going to want to lift the money off of any and every of the little snot noses even if they come from New Zealand.

That’s all we have to do. No, really. That’s all there is. We don’t need accreditation or certification or any of that other education crap. You’re no educator, and neither am I. But what difference does that make? The state couldn’t care.

All we need right now is for our buddies in the Legislature to pass this bill they’ve got making tax money available to every kid.


Crazy, isn’t it? State law goes on and on and on dictating to traditional and charter schools, and to their administrators, teachers and students, what to do about everything. Probably even tells them when to go to the bathroom. But all that malarkey is for government schools. They gotta spend their whole time figuring out how to do everything they’re supposed to do on the money they’re allotted.

NONE of that will apply to us! We’re “free enterprise,” meaning we’re free to do as we please. Our whole deal will be figuring how we can make as much profit as we can on the money we’re allotted.

Get this. They actually wrote into state law that you and I’ll be protected against changing whatever we dream up doing! Pretty sweet, huh?

I’m seriously thinking we don’t need real teachers. Okay, maybe we’ll hire one token teacher we’ll put on our website. Otherwise there’s a bunch of stuff online that we can pass off as education. We’ll just put kids in front of a computer and tell them to have at it. Right, who knows how they’ll spend their time online. Not our problem.

My first plan was to rent some storefront locations, install some tables, chairs and computer screens, and hire a few adults to look after things. The adults could be child molesters for all we’ll know, the state isn’t requiring us to check anyone’s fingerprints.

But you know what, we don’t even need to do that. Our little customers can school themselves from home.

You look a little pale, my friend. Don’t worry. The state’s putting zero academic expectations on us. They’re not requiring us to tell ‘em whether our kids are learning anything. We won’t know either, but no matter. If the state doesn’t care, why should we? Success will be whatever we say it is.

Here’s what I’m thinking. We’ll call our school The Easy Way. This will be our pitch: “Don’t like studying? Don’t like homework? Tired of those standardized tests? Rather be out messing around than sitting in some dumb ol’ classroom? Try us!”

Once their parents sign a certificate at the start of the year, it doesn’t make any difference if they come to class or not. Kids will start bragging about how easy it is getting our diploma. Word will spread. Then Katie, bar the door. It’ll take a Brink’s truck to deliver us all that tax money.

Tell you the truth, the only thing that’s got me worried is that some other wise guys are going to have the same idea as us. A couple of the charter so-called “schools” are verging on it already. The next thing we know they’ll be going private to get the regulations off their back.

Yeah, yeah, every con man this side of the State Pen is going to spill to our idea too. That part could get ugly, but not to worry. We’ll just have to out-slick them on Facebook.

Remember it’s about the money, not about education. Oh baby! This is going to be so much fun. 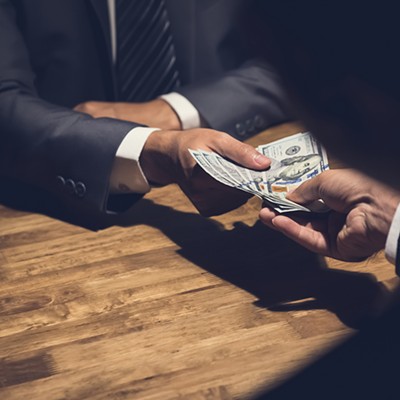