An exhaustive new study by the Grand Canyon Institute and Arizonans for Charter School Accountability concludes that many charter schools spend far more on administrative costs per student than school districts. The higher costs amount to $128 million a year. To arrive at their conclusions, the researchers looked at every Arizona charter school and school district's finances by poring over the Annual Financial Reports they submitted to the state for the 2014-15 school year, which means the results are based on the school or school district's own reporting.

I've looked over the AFRs of individual schools a number of times—they can be found on the Department of Education's website—and analyzed the kind of information used in the study, but I've never gone through the laborious task of compiling AFR data for all Arizona schools. As a result of the thoroughness of the study, the conclusions it reaches can be confirmed by looking over the data. Some tables in the study pull out data on specific school districts, charter schools and charter school chains, and others include information about every district and charter school in the state, allowing readers and researchers to check the study's conclusions and use the data for further research.

This is a 64 page report filled with data and analysis, far too much information for one post, so I'll probably be digging into it in further posts. But for now, here is some of the information highlighted by the authors:

• Charters spend an average of $1403 per student on administration. School districts average $628, less than half.

• Though smaller charters would be expected to have larger administrative costs because of the administrative inefficiency common to smaller institutions, in fact, some of the large charter school chains are the biggest spenders on administration per student.

• BASIS charter schools are especially big spenders on administration. However, since most of their funds end up at BASIS.ed, a for-profit Education Management Organization, we have no way of knowing how that money is spent because it's hidden behind a for-profit firewall.

A clear takeaway from the study is that the state needs greater transparency from its charters and also needs to exercise greater oversight. This study of administrative costs is just one example of areas where we know too little about how charter schools operate.

'Damn Daniel' is a Lame Meme

How much is Arizona spending to bail out private schools? 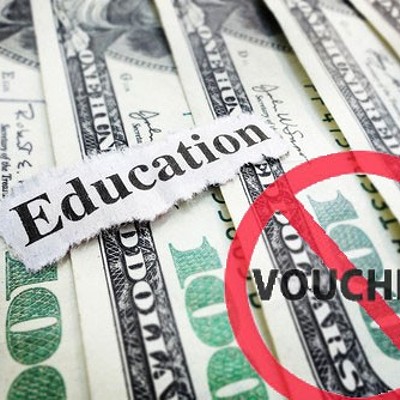