Into the Mild: The Adventures of Jason and Hobbes

Traveling alone can be tough. When all of my snooty friends couldn’t join me because they had families or careers they couldn’t walk away from, I had to get creative in my search for a companion.

I left Tucson in June of 2014, traveling with a group of 500 soccer fanatics to watch the World Cup in Brasil. We were hundreds of strangers from across the US and everyone seemed to bond almost immediately

Then, after two weeks, they were gone.

I next stayed with a friend from Brasil, though she usually had school and I spoke no Portuguese at the time.

Then, after two weeks, I was on my own again.


I worked in Bahia for a month, then left and never saw my coworkers again. I repeated the experience in Salvador. And Ecuador. And Peru. You see the pattern. I was surrounded by people who wouldn't stay in my life. I was alone in a crowd. I wanted a permanent travel companion, flexible and adventurous.

So I made my own.

First came the pattern. I found this nifty guide, printed out a PDF of the design, bought some fleece, and got to work.

I started with the arms and legs. They were the easiest pattern, and as I had never sewn before, the least noticeable if/when something went wrong.


The work was incredibly slow and tedious, so I took a couple weeks off after finishing the arms and legs. I didn’t want to grow to resent my newfound friend. When sewing didn’t seem boring to me anymore, I got started on the body. It went fairly fast as I had gotten used to sewing the stripes and seams from the legs.


This finally looked like something beyond striped fabric, so I quickly finished the head and face and started putting everything together.


I then ran into a problem: I didn’t have enough cotton to finish. Well I did, technically, but I was at my ex-girlfriend’s apartment and the cotton was at the hostel, which was an unbearable 25 minute walk through a public park away. Yeah, the weather was great and there was still daylight, but nah. I instead stole a bunch of cotton from a hole in the armpit of one of her stuffed animals and finished. It worked perfectly. Hobbes looks plump and healthy.

Being awesome, my friend even bought me the closest thing to Calvin’s shirt in Santiago.


Our first adventure was to Valparaiso. I felt bad for the woman next to me… as she boarded the train with Hobbes and I, others looked our way and snickered, clearly mocking her stretchy pants. Hobbes and I spent the weekend exploring miles of stairs, mountains, ocean, and street art.

The weekend adventure confirmed that I have finally found a travel companion.


You can pry him from my cold, dead hands, Watterson.

The New Adventures of Hobbes 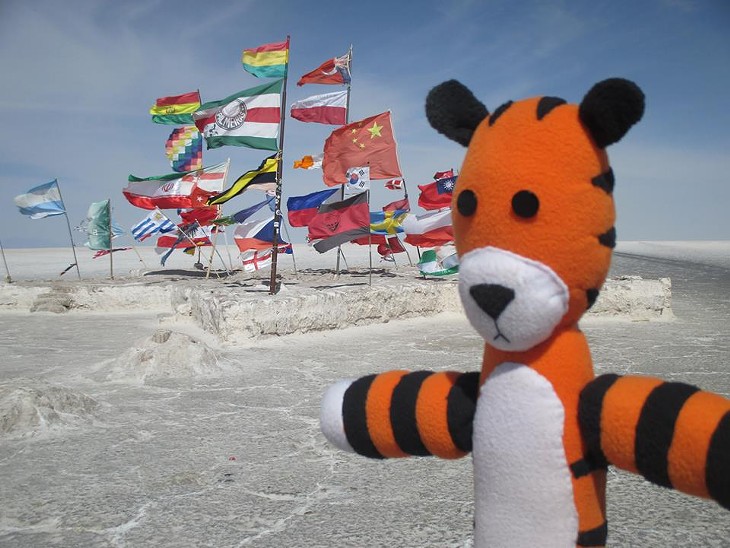 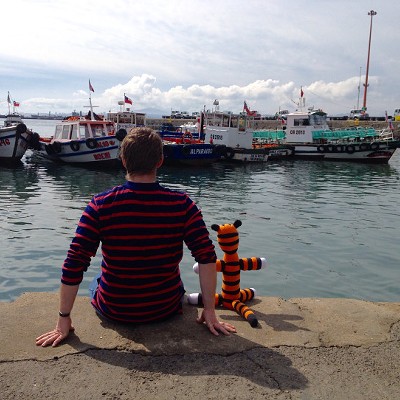 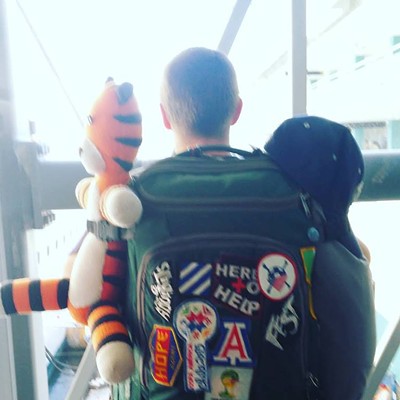 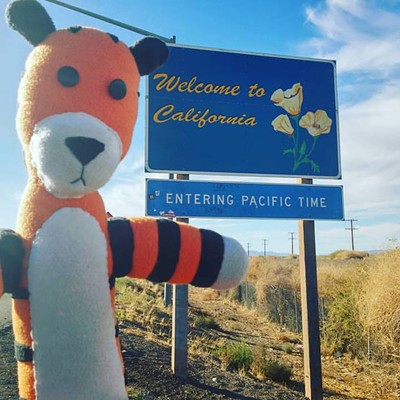 PETA: Vegan Men Are Better in Bed Than Meat Eaters

Into the Mild: Journal From a Refugee Camp: My Final Week

Into the Mild: Journal From a Refugee Camp: Week Five