Quentin Tarantino returns to form after the just-okay Django Unchained with yet another masterpiece, a grandiose western potboiler that boasts his best dialogue in years and an Oscar caliber performance from Jennifer Jason Leigh.

I didn’t dislike Django, but I thought there was something a little off and sluggish about it. It definitely left me wanting more from Tarantino on the western front. I thought he had a better, grittier western still in him, and this film proves that he did.

Many of the Tarantino cast regulars return, including Samuel L. Jackson, Tim Roth, Michael Madsen and Kurt Russell. Russell, who delivered what I believe is his best career work in Tarantino’s Death Proof as Stuntman Mike, gets another chance to go to town with a Tarantino script and he embraces it with much enthusiasm. Russell plays John “The Hangman” Ruth, a bounty hunter renowned for bringing in his prisoners alive so that their necks meet the noose in the end. Riding in a stagecoach to Red Hook, with the notorious Daisy Domergue (Leigh), his latest bounty, chained to his arm, he comes across bounty hunter Major Marquis Warren (Jackson), and this is where the fun begins. The party rescues one more man, future Red Hook Sheriff Chris Mannix (an outstanding Walton Goggins), from an oncoming blizzard.

The stagecoach heads for Minnie’s Haberdashery as a means of shelter, where they meet the rest of the cast and tensions soar. On top of being a terrific mystery containing one of the best screenplays Tarantino has ever turned out, this is also one of his very best looking films. Do not miss it on the big screen. 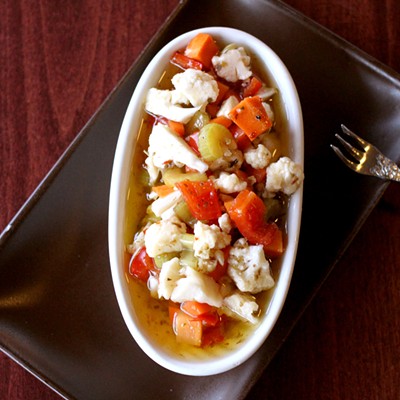