When the legislature opens for business in January and Republicans stonewall the idea of a substantial increase to the K-12 education budget—a fairly safe prediction—they'll remind us how generous they were when they decided to add $350 million a year to the school budget. Actually, they haven't added the money yet. The voters have to OK the deal first. And most of it doesn't come from the state budget since the legislature plans to make a big draw on the state land trust money that belongs to the schools already. And it's not really new money, since the state is legally bound to provide it to the schools—really, it's only 70 percent of what the state owe the schools. But still, Republicans will argue, $350 million is a serious chunk of change. The schools should be happy to get such a hefty increase.

But really, how much does a $350 million addition to the Arizona school budget amount to? It's not enough to move us out of 48th or 49th or 50th place (depending on who's doing the counting) in per student funding. It amounts to a measly 5 percent increase in our woefully inadequate education budget. Still, when you look at that dollar figure, it seems like a lot of money. So let's take a look at what $350 million will buy.

There's nearly universal agreement that Arizona teachers deserve a raise. We're losing teachers who leave the profession or move to other states because our salary schedule is so low—45th in the nation. Our average teacher salary, $45,300, is more than $10,000 below the national average. Even if we limit the comparison to the eight states closest to us in per capita income, Arizona teacher salary levels are $3,300 below theirs.

So what would happen if we used some of the $350 million to increase average teacher salaries by, say, $3,000? That adds up to $180 million. And if we add in the money the districts spend on things like Social Security, Medicare, health insurance, etc.—say, an added 20 percent—we're at $215 million.

For the moment, let's forget about boosting the salaries of staff other than teachers to make up for their years of stagnant wages. We'll leave that for some other time. Let's see what else we can do with the rest of the money. We've spent $215 million of the $350 million total on the salary boost for teachers, so we have $135 million left. Let's see. There are 2,000 public schools in Arizona, counting district and charter schools. If we divvied up what's left among them, that would be $67,500 per school. That doesn't make sense, of course, since school sizes vary widely. So let's divide the money equally between the million Arizona students and give each school an extra $135 per student. A school with 200 students would get $27,000, about a half of an average teacher's salary. A 2,000 student school would get $135,000, which would buy it two-and-a-half new teachers. Using up all the $135 million to pay for more teachers would mean lowering average class sizes statewide by two or three students.

Of course, schools could spend the $135 per student on books, computers, supplies—anything on their wish list. But a small, 200 student elementary school isn't going to get much for $27,000, what with the cost of things these days, and a large high school won't be able to make $135,000 go very far either.

No matter how you slice it, $350 million spread over a million students at 2,000 schools, while it's money no school wants to refuse, doesn't move the educational needle much. Remember, our schools were hurting financially before that money was cut in 2010. This would just get them back to the sorry financial state they were in before. 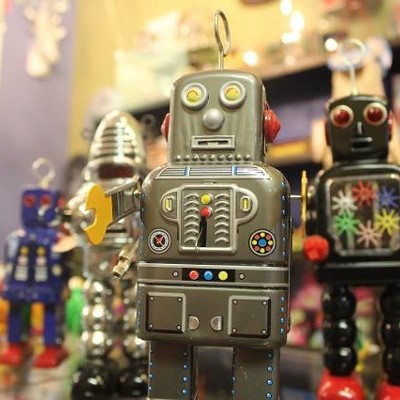 Here's Your Chance To Learn Something About AZ's Prisons