The New Federal Education Law Could Be Good, Bad or Nothing Much for Arizona


Bipartisanship in Washington. That alone is something to marvel at, regardless of what the Republicans and Democrats are agreeing on. The House and Senate passed the Every Student Succeeds Act (ESSA), which will replace Bush's No Child Left Behind, by huge margins. Congresspeople of both political stripes like it. Teachers unions like it. Lots of people on the left and right like it, or kinda like it. Rarely is heard a discouraging word about the ESSA as it makes its way to Obama's desk.

So, what will ESSA do? The answer is, it won't really do much all by itself, but it will give states more latitude to carve out their own education agendas. Given how much wrong-headed educational dictates have come out of the Bush and Obama administrations, that might be a good thing. But states' rights? In Arizona? In education? With Ducey and anti-public school legislators leading the charge for more privatization and the shifting of funding toward the "haves," charter schools and private school vouchers and away from everyone else? What could possibly go wrong? (Answer: pretty much anything.)

Here are some of the changes.

Common Core standards will no longer be pushed so hard from the top. Thanks to pressure from an odd coalition of the right and left that agreed they all disliked Common Core, though for different reasons, the standards will be optional. That won't make much of a difference here. Arizona already dropped its strict compliance with Common Core and is in the process of carving out its own version. Round and round our standards go, where they'll stop, nobody knows.

States will still have to give standardized tests to 3rd through 8th graders, then once in high school, as they do now. But states have the right to lower the high stakes a bit. Those test scores will no longer have to be the predominant measure of teacher or school success. Other factors can have substantial weight in the evaluations. And the law says it's OK for students to opt out of the standardized tests if the state allows it without any threats of withholding federal dollars for education.

How states deal with their "failing schools" will be pretty much up to them, but that was already the case. ESSA says the states must give special attention of some kind to the 5 percent of schools at the low end of the performance spectrum, to high schools with high dropout rates and to schools with large gaps between the highest and lowest achievers. What does that mean, exactly? It may mean giving extra money and resources to those schools, it may mean firing all the teachers and hiring new staffs, or it may mean closing the schools and sending the students elsewhere. We'll have to see how that will be interpreted by the law-writing majority of our legislators who seem to hate poor people regardless of race, religion or gender (though, it's true, they hate poor Hispanics more than others).

I don't think ESSA will change much of what happens in Arizona. My one hope is that deemphasizing the high stakes tests might mean schools will spend less time teaching to the test and revive some parts of their curriculum which have been neglected because they weren't on the test. History? Current events? Discussion time? Art? Music? Physical education? That would certainly be a change for the better. The national result of all that prepping and pretesting and high stakes testing and evaluation has been a slowing down of the steady increase in student progress on the nationally normed NAEP tests, so easing up on the drill-and-kill just might help us reverse the downward trend we've been on since NCLB became the law of the land. 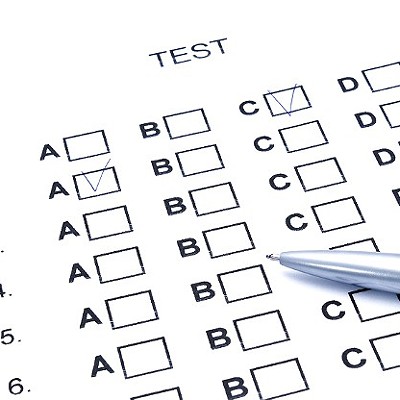