Curator Joshua Chuang Out at Troubled Center for Creative Photography

Joshua Chuang, the highly regarded chief curator of the Center for Creative Photography, has resigned his position. According to Terry Etherton, proprietor of Etherton Gallery and a regular donor to the center, Chuang quit because the university was not going to renew his contract.

Etherton was informed about Chuang’s departure by the office of Kimberly Andrews Espy, the UA's senior vice president for research and discovery, who supervises all three museums on campus.

“Dr. Espy called me yesterday (Wednesday, Nov. 18),” Etherton says. “I told her this is a colossal mistake. It’s going to do a lot of damage. This is a major step backward for the center. Josh’s reputation in the photography world is really good.”

Chuang was traveling in Europe and could not be reached for comment. He was in Paris last week attending the international Paris Photo exhibition when terrorists attacked the city and killed 130 people. The last days of the expo were canceled; Chuang was unharmed.

Asked on Friday morning whether Chuang was still employed by the center, assistant director Denise Gose says, “I cannot comment on that.”

Chuang, a graduate of Dartmouth and Yale, was hired with great fanfare not quite two years ago.

“Joshua brings a rare blend of imagination and rigor to his exhibitions, lectures, and publications, and has a gift for sharing his knowledge in a highly engaging way,” CCP director Katharine Martinez wrote at the time. “He will play a major role in shaping the center’s future as we acquire and promote photographic collections of extraordinary quality to stimulate imagination, advance scholarship, and encourage creativity.”

To come to the center, Chuang gave up a job as associate curator of photography and digital media at the Yale University Art Gallery. During his years at Yale, he curated, among other shows, an important exhibition on the photographer Robert Adams that traveled throughout North America and Europe.

When he arrived in Tucson with his family in April 2014, the center had been without a chief curator for five years, an impossibly long time in the life of a museum. His predecessor, Britt Salvesen, who had been both director and curator, left in 2009. Chuang began organizing an ambitious series of exhibitions.

Ironically, in a cover story in the Arizona Daily Star’s Caliente magazine on Thursday, Nov. 19, writer Kethia Kong detailed the well-received exhibitions Chuang has curated since his arrival.

“He’s accomplished so much in such a small amount of time,” the center’s Rebecca Senf told Kong. “He’s such an innovative, ambitious and creative thinker. Each of his exhibitions are so different from the next.”

Chuang’s first CCP show, in fall 2014, was an edgy and eclectic exhibition of the contemporary photography collection of UA dance professor Doug Nielsen. The second was a mesmerizing look at the interdependency of astronomy and photography.

Senf collaborated with Chuang on the current show, “Lives of Pictures,” which celebrates the 40th anniversary of the CCP, a world-class photography museum whose holdings, 90,000 photos strong, include works by such greats as Ansel Adams, Harry Callahan, Helen Levitt and Garry Winogrand.

“Josh came up with a really beautiful idea to ask past curators and directors to pick images,” Senf says. “In the exhibition you get a real sense of the collection. With all these voices contributing you get a real chorus.”

Chuang’s departure after such a short tenure is an eerie repeat of the institution’s earlier troubles. The center has for years been plagued by internal tensions, and a revolving door of curators and directors. Bitter conflicts have erupted over administrative structure–the center fought for years to get out from under the control of the university library–and over aesthetic choices.

Traditionalists argued that all exhibitions should be drawn from the museum’s own holdings, while others, notably former curator Trudy Wilner Stack, believed that the in-house shows should be balanced by exhibitions of the work of living photographers.

Lately, debates have raged about whether the center should even continue doing exhibitions at a time of lean budgets. Some argue that the center should instead devote its resources solely to caring for the valuable archive and to maintaining its scholarly research arm. Already there are few exhibitions on the horizon.

“The Lives of Pictures,” originally planned to run through March, has now been extended to May 14. No other exhibitions are listed at this time.

The center’s woes have long been topic of conversation in the photography world, and the news of Chuang’s hire had buoyed its reputation. As Etherton noted in a Facebook post on Thursday, “His advocacy for the Center at the highest precincts of our field has created renewed interest in and understanding of the Center and the treasured archives in its care.”

“Letting Josh get away was their worst mistake,” Etherton says. “He was the feather in the center’s cap. He had turned the ship around and righted it. They’ve set it back five years.” 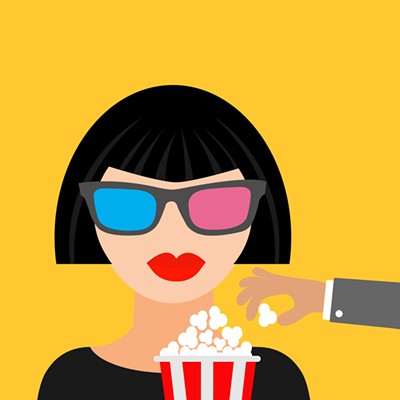