TUSD Board Gives Go Ahead to School Expansions 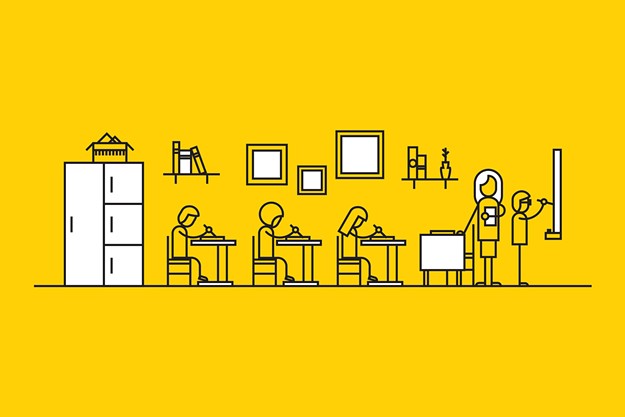 Several Tucson Unified School District campuses may be enlarged to create room for more students in more grade levels in the approaching academic years. A total of five proposals were put to a vote by the TUSD governing board on Tuesday night, with four of the actions passing unanimously.

The proposed expansion to Sabino High School was a contentious 3-2 vote in favor, however all the decisions are pending Department of Justice approval to make sure the district complies with the more than 40-year-old desegregation court case.

The Sabino proposal would allow seventh and eighth graders who would normally go to Magee Middle School to attend Sabino instead. The proposal was originally attached to the expansion of Fruchtendler and Collier elementary schools to include sixth graders, which normally feed into Sabino. Although the proposal was later fractured, the development of the two aforementioned elementary campuses passed unanimously during the governing board vote.

The protest of the expansion comes from both the plaintiffs and the desegregation expert appointed to oversee the ongoing court case, Special Master Willis Hawley. The worry is that Magee Middle School will drop in student population and begin to serve specifically lower income, minority students. This would be due to more higher income families choosing to go to Sabino as higher income families have more access to transportation to get their children to school everyday.

Attempts to alleviate these concerns in the proposal include express buses from ethnically concentrated areas to Sabino. It was noted at the meeting that express buses would be an extra expenditure and that efforts to promote express have been lackluster in the past.

Many parents don’t see Magee as a viable option to school their children, according to Kimberly Mulligan, a fourth grade teacher at Fruchtendler. She said she doesn’t know one student who says they’re going to Magee.

Many families choose to leave the district during middle school years in order to avoid sending their kids to Magee, and they often don’t return, said Sabino High School Principal Matt Munger. He said the expansion of Sabino was the best option to attract and retain students to the district and spoke against the concerns of the desegregation plaintiffs that the expansion would promote segregation.

“In attempting to rectify the sins of the past, the plaintiffs are committing the same sins upon this community's current students,” Munger said. “In their quest to find a solution to the egregious actions committed 40 years ago their solution is now resulting in the active loss of opportunities today. That is no solution.”

The proposal had additional support from teachers like Christine Gronowski, a biology teacher at Sabino, who said that adding the two grade levels would bring a better level of consistency to students.

The vote was splintered by board members Michael Hicks and Mark Stegeman voting no to the proposal. Stegeman’s concern was that the complaints from the plaintiffs and  Hawley would make the proposal null when it stood up to court review. Hicks' concerns were that the wide age range on the Sabino campus, seventh to 12th grade, could be a detriment.

The remaining three board members, including Adelita Grijalva, passed the measure, but it is still in the hands of the U.S. District Court to determine whether the measures comply with the desegregation case.