Rosa Robles Loreto says the first thing she is going to do after leaving sanctuary is walk around her house and cook dinner for her husband and two boys.

This morning, Robles Loreto celebrated a huge win: days after her attorney Margo Cowan worked out a confidential agreement with Immigration and Customs Enforcement officials, Robles Loreto walked out of Tucson's Southside Presbyterian Church—the place she called home for more than 15 months to avoid deportation.

"I have been crying all of these days. My children, when they heard the news, their faces just changed," Robles Loreto told the Weekly after a quick prayer and ceremony inside the church's worship room. "I thought my (youngest) son was going to jump with happiness, but no, he just cried and hugged me."

Robles Loreto's oldest son, Gerardo Jr., 12, says he can't wait for his mom to once again cheer for him from the sidelines at his baseball games. He, and younger brother José Emiliano, 9, spent the summer vacation at the church with mom, leaving her side only for baseball practice. When the Weekly spoke with Gerardo Jr. a few months ago, he said sometimes he would forget his mom wasn't around. He'd come back home from school screaming for her to talk about his day. Then, he'd remember she wasn't there.

"I am really happy because I wasn't expecting it, I am very grateful...I am happy that she is safe," Gerardo Jr. says. "(I want to) spend time with her and go to my baseball games, and go to the park."

On Aug. 7, 2014, Robles Loreto walked through the doors of the church with only a small bag—with belongings enough for no more than 10 days—after Immigration and Customs Enforcement told her to turn herself in to be deported. The removal order came to be at the hype of SB 1070—Arizona's so-called "show me your papers" law. Robles Loreto was apprehended over a minor traffic infraction in 2010.

She and her family never anticipated she'd be in the church for as long as she was. After all, on paper, she was not a priority for removal in ICE's book, according to a 2014 memo by the agency. She doesn't have a criminal record and has called the U.S. home for roughly 20 years.

Today, after 11 a.m., Harrington read a prayer in English and Spanish to send off Robles Loreto back to her life. The close to 100 people who showed up to support Robles Loreto sang while she, her husband, Gerardo, and her kids walked through a tunnel of spectators and out to the patio—all surroundings that she's been so familiar with, except merely a few days ago she couldn't leave.

"There are no words to express the gratitude in this moment," Harrington told the Weekly. "She came in a mom and a wonderful community member, she is leaving as a community leader, someone who knows that when she lifts up her voice, she lifts it up for many."

The community support for Robles Loreto has been overwhelming. Close to 10,000 homes and businesses have placed signs that read, "We Stand with Rosa;" and both the Tucson City Council and the Pima County Board of Supervisors passed resolutions pleading Department of Homeland Security and the Obama administration to help close Robles Loreto's case.

The fight isn't over, though. Robles Loreto says she won't stop speaking up until there is comprehensive immigration reform for the millions of undocumented people living in the U.S.—especially parents. No family deserves to be torn apart, she says.

"This has been a huge spiritual learning experience, even though it has been so hard. It gave me a lesson in how much people can love one another. I came in here with a family of four," she says. "Today, I know I have an even bigger family. I will keep going, because I thought there were no opportunities for me. Today I have the opportunity to leave," and she wants others in similar circumstances to have the same chance.

Two other people who sought sanctuary in Tucson—Daniel Neyoy Ruiz was the first case at Southside in May 13, 2014, and Francisco Perez Cordova took sanctuary at St. Francis United Methodist Church on Sept. 25, 2014—left after way shorter stays than Robles Loreto. Neyoy Ruiz moved out of Southside in June 2014, after DHS granted him a one-year stay (which was renewed earlier this year). Perez Cordova went home in December 2014, following a little more than 90 days at St. Francis, after his case was closed. Both of them—now very close friends with Robles Loreto—were at the ceremony today. 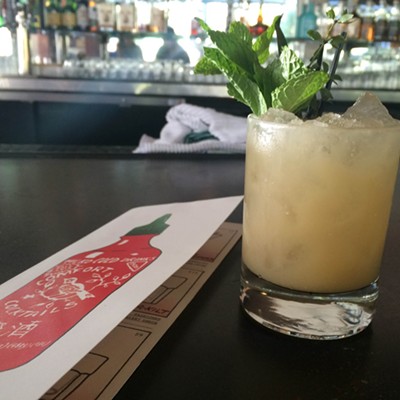