Prepare yourself for four days filled with improv and comedy as the inaugural Tucson Comedy Arts Festival kicks off this week. Hosted by Michael Dean and event founder Justin Lukasewicz, the event will feature local and national stand-up comedians, improv troupes and some workshops to help you brush up those joke skills.

Backed by some of the 50 improvisers involved with the Tucson Improv Movement, the event and its participants seek to lay the groundwork for a large annual festival celebrating Tucson's blossoming comedy scene. Steven Romo will also be performing a live, stripped down version of his popular local late night talk show.

The bulk of the festival will take place at the TIM Comedy Theatre (329 E. Seventh St.), with some special events down the street at The Flycatcher (340 E. Sixth St.) and Mr. Head's (513 N. Fourth Ave.). For ticket information and a full list of this year's events visit the Tucson Comedy Arts Festival website. All shows are $5 each and workshops are $65 per.

Although it's improv and the shows could really end up being about anything, here's a little something to give you an idea of what TIM's all about:

Thanks, Best of Tucson: Watermelon eegee's in November

Damning the School Funding Plan With Faint Praise, Part Two: In 600 Years, We'll Laugh About All That Money We're Taking From the Land Trust Fund. 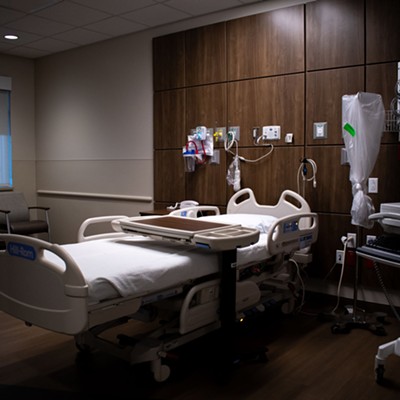