Douglas Should Play Nice If She Wants To Be Taken Seriously? Are You Serious?

OK, so, Diane Douglas has come out with a serious, multi-faceted plan to improve Arizona education. It's not perfect, there's plenty of stuff to disagree with, but lots of it is pretty damn good. Lots of it. Douglas is an advocate for teachers. She wants to pay them more, she wants them working in classrooms with fewer students, she wants to give them more and better training when they're in college and better mentoring when they're in the classroom.  She wants to cut back on our obsession with high stakes testing. She wants the grades the state gives to schools to include a number of variables, including—and I have to pause every time I write this because it pleases me so much—including taking into account the quality of a school's art, music and PE programs. In other words, she's an advocate for comprehensive, whole child education. Her plan is more pro-education than anything I've seen out of any Arizona Republican in a position of power and authority, maybe ever.

Douglas has gotten some deservedly good press for the ideas in her AZ Kids Can't Afford To Wait plan, much of it from folks who have spend the past nine months belittling her for the squabbles she's been having with Governor Ducey and the state school board.  But some feel they need to add a caveat to their praise for her ideas. Yeah, her plan is good, they say, but because of her antics, none of the people she's pissed off are going to listen to her. From a Republic editorial:


Douglas has alienated nearly every potential reform ally, from Gov. Doug Ducey to the state Board of Education to a healthy portion of the Republican majority of the Legislature.

So, that’s a problem. Leading a parade no one wants to follow is a challenge – a challenge the irascible Douglas has worked overtime creating on her own.

And that’s a shame. Many of her ideas percolate with a wide-based constituency.

If only she had made nice with the Republican power structure, the editorial says, maybe they'd listen to her. Seriously? If Douglas had been a good Republican soldier, they'd be paying attention to her ideas that contradict the party's educational party line? Seriously? When Douglas says we need to come up with new funding to pay teachers more, they'd say, "Diane, you've been so cooperative with the board and the governor, we think, by God, we'll go along with you and push for more money to increase teacher salaries"? And they'll do the same with her testing and state grade proposals? Seriously?

These must be different Republicans from the ones I've been watching over the past decade. Ducey must not have a dark money mafia that goes after people who stand in the way of his agenda. Because the Republicans I seem to remember playing their power games don't play nice with people who have played nice with them, if those people have the temerity to propose a few heretical ideas.

If Douglas had played nice before she published her AZ Kids Can't Afford To Wait plan, this is about the kindest response I can imagine coming from the governor, the state school board and like-minded legislators.


"Well, little lady, those are very interesting ideas you have there, very . . . interesting. But I'm afraid you don't know much about the way things work around here. So listen, why don't you go back to your office like a good girl and leave important matters to us. Don't worry your pretty little head about these matters. It'll just give you worry lines."

And that's if they just decided to be patronizingly sexist and not get really ugly on her.

If Douglas is ever going to find allies for some of her best ideas for improving Arizona education, they're not going to come from Ducey or his appointees on the state school board, no matter how go-along-to-get-along she tries to be. Her allies will be Democrats who are willing to find areas of agreement where they can work with Douglas. They'll be some moderate Republicans who don't go along with the Republican anti-school agenda. They'll be the Arizona Education Association and public school advocacy groups and teachers and parents. They'll be a growing number of Arizonans of all political stripes who are beginning to realize we can't keep starving our schools and expect them to improve. They'll be some members of the business community who realize that Douglas and the Democrats are their natural allies in making the state more business friendly by improving the quality of its education. They'll be some of her most passionate right wing supporters during the election, and maybe some Republican legislators who were elected from those areas. In other words, if Douglas has any allies, they're a collection of strange bedfellows who believe they can find common ground on these issues.

Will it happen? Will a critical mass of people and organizations and interest groups overlook their differences and join together for the benefit of our children? It's possible. Not probable, maybe, but possible. But if it doesn't happen, only a fool would say it's because Douglas didn't play nice with the Republican power structure. They'll keep fighting her best educational notions no matter how much she smiles and makes nice—unless, of course, there's enough pressure from enough people and groups, they have no choice but to give some ground.

TUSD Parent: Schools At Risk of Losing Magnet Status Are Being Punished for Being 'Too Brown' 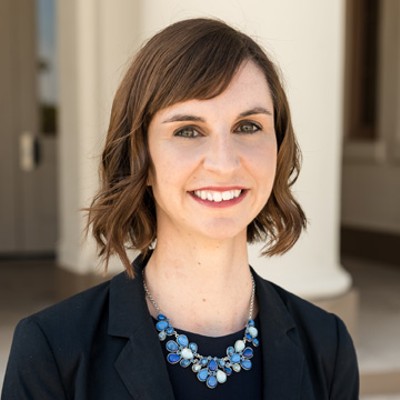