Heather Hoch
Kitsch is the name of the game at St. Charles Tavern.
Saint Charles Tavern opened quietly last weekend on South Fourth Avenue to friends and Facebook followers. With a modest liquor selection, 18 taps and a growing bottled beer selection at reasonable prices, the new little south side bar is likely to become a go-to hang out for folks in the area.

The bar itself is set up pretty much like the kind of bar you could see yourself closing down regularly with a 100 CD jukebox full of classics and local favorites, kitschy decor, pool tables and a back patio area. The relaxed, but hip atmosphere comes courtesy of owners Elizabeth Menke and Churchill Brauninger who helped transform La Cocina into the beloved watering hole it is today. Now the couple aims to bring their aesthetic to a new part of town.

"This is the first time South Tucson has approved a bar in years," Menke says "There's a growing bohemian vibe in this neighborhood and we're hoping others follow in suit."

With a focus on beer, Menke admits Saint Charles Tavern isn't looking to be an upscale craft cocktail bar.

"We're not trying to shove mixology down people's throats," Menke says. "We'll focus on the classics."

Heather Hoch
And while a bar needs little more than nice folks, cold beer, a pool table and a jukebox to become a destination, Menke and Brauninger have much more in store for the space. After all, its previous iteration housed a bar, pizza place and convenience store before it closed.

The first of the changes will expand the patio, which already offers some seating and bike parking, into a 2000 square foot biergarten, complete with a stage for live music. Menke estimates that it will be ready in about two months. Menke and Brauninger are also on the hunt for an authentic shuffleboard table to add to the two pool tables they already have in the bar.

By next spring, maybe around May, the couple hopes to have the final stage of Saint Charles Tavern's plan completed—the kitchen. You can expect Southern-style comfort food like collard greens and mac and cheese from the menu. However, what's most important to Menke is a focus on simple, handmade freshness to the extent that she plans to have everything from mayonnaise to pickles made in house.

"It's not going to be a page turner—just a few items done right," Menke says.

More from inside Saint Charles Tavern: 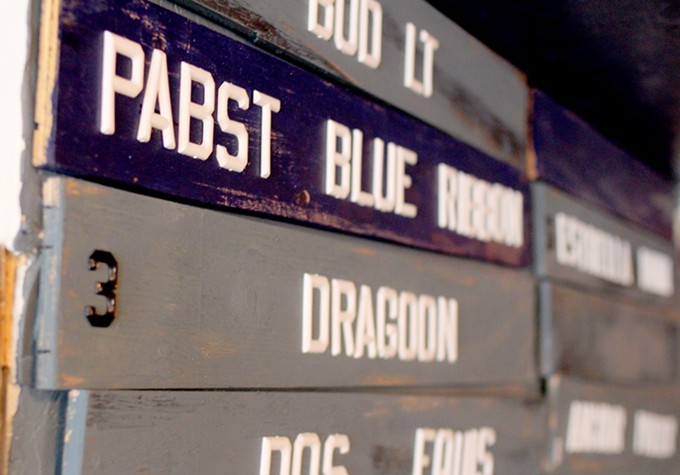 Heather Hoch
18 taps and many more bottles for beer lovers.
click to enlarge 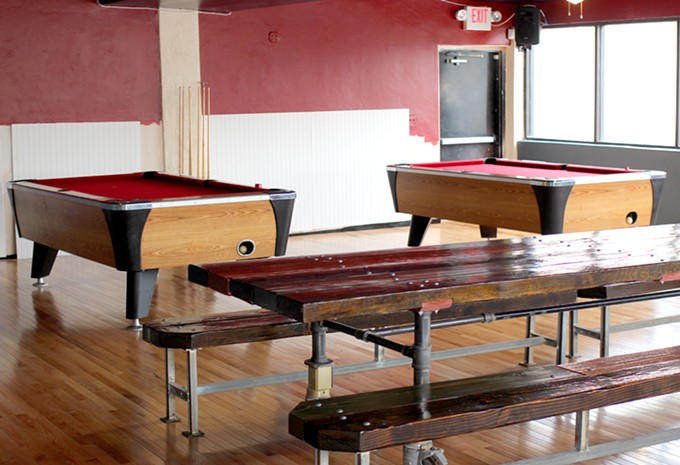 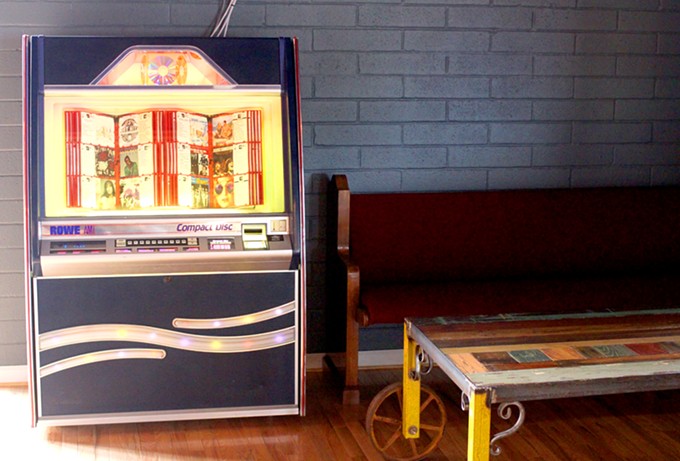 Heather Hoch
Check out this jukebox filled with classics.

Bus Strike Opinion: The Ghost of Transit Past Has Become the Nightmare of Transit Present

Getting All "Occupy" on Sun Tran Rider Subsidies