As Goes Kansas, So Goes Arizona?


Governor Ducey hopes to eliminate the income tax. He wants to continue cutting business taxes, which, according to him and fellow conservatives, will bring businesses streaming to Arizona by the U-Haul-load. He wants to change the school funding formula to reward "success," a term he hasn't defined.

Same with Kansas. An article in this week's NY Times Magazine, The Kansas Experiment, puts Arizona's conservative agenda items in national perspective. Kansas, under the leadership of Governor Sam Brownback, who took the helm in 2011, is moving in the same direction, and is probably farther along in the process. The two states aren't identical, but the similarities are strong enough that you can almost see Ducey and his fellow state conservatives leaning over Brownback's shoulder to read his playbook.

Here are some excerpts.

With Brownback as governor, Kansas is in the midst of a self-described economic ‘‘experiment,’’ a project that, whatever you think of its merits, is one of the boldest and most ambitious agendas undertaken by any politician in America. Brownback calls it the ‘‘march to zero,’’ an attempt to wean his state’s government off the revenues of income taxes and to transition to a government that is financed entirely by what he calls consumption taxes — that is, sales taxes and, to a lesser extent, property taxes.

The march to zero, which includes an already-passed provision that exempts the owners of 330,000 businesses and farms in Kansas from income tax, was designed, Gene said, to turn Kansas into a different sort of tourist attraction. As he and his fellow conservatives see it, it’s an ‘‘open for business’’ sign, one they hope will draw free enterprise to the state.

[State Rep. Gene Suellentrop, vice chairman of the Tax Committee in the Kansas House] brainstormed with Dave Trabert, the president of the small-government Kansas Policy Institute, about whether there was a way to isolate the administrative costs in the state education budget, so Republicans could cut them without reducing classroom spending.

In the past four years, Brownback has remade the Kansas Republican Party in his likeness. The party’s once-powerful moderate wing has withered after steep losses in consecutive primary elections, the main battleground where policy is determined in a one-party state.

Brownback’s devotion to his tax cuts would make it difficult, if not impossible, for him to live up to a second goal he had set for his administration: increasing spending on education.

In early March, the results of the back-room negotiations over school financing were announced at a news conference by the leaders of the budget committees for the House and Senate. The plan essentially froze spending for school districts for the next two years while loosening the rules for how districts could spend what money they did get. It repealed the formula that the state had used for more than two decades to allocate money to districts, which was based on enrollment, property values, the number of special-needs students and other factors. Republicans pledged to create a new formula, one that emphasized outcomes and student achievement over ‘‘Suburbans for superintendents’’ — Suburban-driving superintendents being, in Kansas at least, the 21st-century equivalent of Ronald Reagan’s Cadillac-driving welfare queens. But they gave themselves two years to figure it out.

[E]conomic reality was failing to cooperate with the governor’s expectations. Brownback, after signing the tax cuts in 2012, pledged that they would act as ‘‘a shot of adrenaline into the heart of the Kansas economy,’’ a metaphor that called to mind an image of the governor astride a dying state, like John Travolta atop Uma Thurman in ‘‘Pulp Fiction,’’ preparing to deliver a gleaming needle to the chest. In an op-ed article in The Wichita Eagle, Brownback made the cuts sound magical, suggesting they would create tens of thousands of new jobs, bring tens of thousands of new people to the state, leave more than $1 billion in the bank accounts of taxpayers and even ‘‘directly benefit our schools and local governments’’ by expanding the population and the economy.

[There is] a lawsuit before the Kansas Supreme Court over whether the Legislature’s K-12 cuts were constitutional and satisfied the legal requirement to adequately and equitably educate Kansas children. In the coming weeks, school districts would announce layoffs and program cuts. A large suburban district said it would cancel its elementary-school Spanish program. In Kansas City, just before the budget was passed, the superintendent announced a 10 percent cut to every school and department budget. NPR reported that Kansas teachers were ‘‘fleeing’’ to Missouri, with twice as many unfilled teacher jobs in Kansas — 700 — as there normally were at that time of year.

And the dream of zero, at the end of the day, is what buoys [Rep. Gene Suellentrop] and his fellow travelers, no matter how arduous the journey ahead. Barring a surprise that is outside the control of Uncle Gene or the governor — an economic boom of the likes that has yet to be seen this century, filling the state’s budget with a surplus of tax revenues that would make hard choices easy to avoid — Republicans in Kansas will almost certainly be debating again next January, and perhaps for many Januaries to come, whether the march can keep moving.

Earn Your Treasure: Get in The Running For Our Summer Passport Giveaway 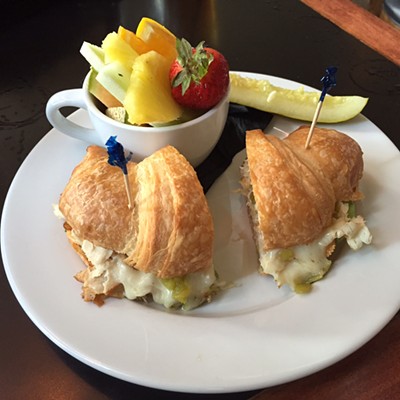