Arts and Culture Comics Do This! Fun in General

Powered by a Pissed Off Panda


Tucson is ripe with stories. Important ones, happy ones, sad ones, funny ones and pissed off ones. With a population heavy with creative, humorous types, we are lucky to have skilled hands to take on every one of these tales. For the last 10 years, some of us here in Tucson have looked not to a person, but to a panda. A pissed off one.

Pissed OFF Panda, the brainchild of Tucson transplant Frank Powers, is a comic book character with a big chip on his shoulder. An outlet for his creator to speak on Tucson and life, the character's 13 years in existence  have led into the development of a dedicated fan base, merchandise, Comic-Con appearances and now an upcoming,  on-going comic series.

Powers says his character wasn’t so much a creation as it was a meeting of two like minds.

“He lets me vent about everything that I find mind-numbing and hate,” he says. “I didn’t just invent him though, I actually met Pissed OFF when I impulsively flew across the country because I was in love with a girl, wound up in San Diego and went to the San Diego Zoo. Their big thing is pandas so when I was in the gift shop, there was one doll that was sitting on the shelf and sticking out like a sore thumb. He looked mis-stitched and I said, 'Look at him! He looks Pissed OFF!'”

After coming to Tucson, Powers dug into the source material of the city, made up of eccentric characters and the strange, beloved places they inhabit. Pissed OFF’s world is one many of us were part of, the late hours and cups of coffee at the now closed Grill, formerly located at 100 E Congress St.

“I’d always wanted to make a book about Grill to capture all the insanity that the place offered," says Powers. "I have many creative projects, comics and characters and I realized I’d use all the projects as ingredients in one giant, Tucson-centric project. I merged my cartoon characters, life stories, Grill adventures, podcasting and everything into one succinct parody of Tucson. It’s all seen through the eyes of my angry little jerk of a cartoon character, Pissed OFF Panda- whose job is exactly what mine was- working the graveyard shift at Grill, which is alive and thrives in my cartoony-verse.”

Powers calls Tucson “The Springfield” of his characters, a team made up by Pissed OFF Panda, Frank himself and their pig friend, Pig Benis. Yep, a pig, and yes, say that name fast and “you will love every inch of him.”

In this age of independent contractors and freelancers, Powers has found success as a truly independent artist, a feat he says takes a lot of time and humility.

“An independent artist has to work three times as hard as anybody working a nine to five… and I DO work nine to five at a job, but it’s not a career. I come home and I truly 'punch in' and do another eight to ten hours of effort. Every Day. You have to hustle and do everything yourself. If you build, it does not mean they will come. But if you keep building it, working and start to shout about it loudly enough, you progress. You can become an “Overnight Success” in the main-stream just because that’s the day they finally looked in your direction.”

Currently Powers and Pissed OFF are expanding with their newest project, a four-part graphic novel series of his collected Pissed OFF works. His Kickstarter campaign, coming to an end on July 7, is seeking $8,008 to fund a collection of his comics and an on-going series. He plans to essentially release all of  his comics so far, spread across four books. He will also launch a fully illustrated and inked comic series for Pissed OFF Panda, which will continue from this point forward. Donators will receive a treasure trove of perks and gifts based on their donation amounts. Even a two dollar donation will earn you a thank you in the credits of the comic.

Covering everything from customer stories at the Grill, the trolley tracks, beards and the southwest, Pissed off Panda offers something for all.

“People get attached to Pissed OFF quick. I mean of course it’s HILARIOUS and that counts... but I also believe it’s because of this— a lot of YOU are Pissed OFF Panda. We ALL live vicariously through our favorite fictional characters and being Pissed Off is pretty universal.”

Frank Powers wants to make us laugh, particularly at ourselves and offers solid advice in making relatable comedy.

“With comedy really, be funny for yourself first and foremost. If you’re laughing and making your friends laugh, you’re doing it right. Ya can’t please everyone, but you don’t want to. You want to find your audience and your fans that find you funny for being you. This way you never have to think how to write, you just write. We live in a world of sub-culture and you can find your audience out there. It’s not about being this concrete definition of “Funny.” I say it’s about being “Funny enough.” There’s a lot of unfunny crap around. A lot. Put your creativity out there and don’t stop. As a wise Macho Man once said “And The cream- YEEEEAAHHH the CREAM will rise to the top! OOOH YEEEEAAAHH.”

You can listen to him on his show,  AFTER HOURS with FRANK!Powers on iTunes. 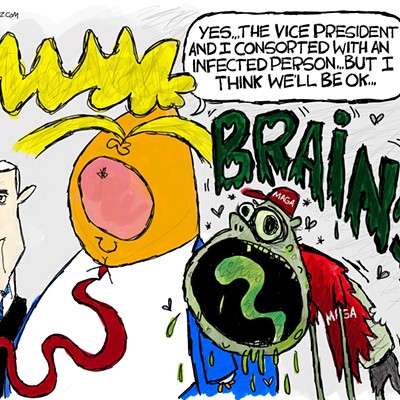