Department of Homeland Secretary Jeh Johnson said today there needs to be "substantial changes" to DHS' detention practices when it comes to immigrant families and children. Among his proposals was releasing detained families who post bond or meet other conditions of release, and can establish a solid case of fear of persecution in their home countries. He also hints improving these people's access to legal counsel, and he says priority should be given to families who have been detained for longer than 90 days.

"Today's announcement is a step in the right direction, but it does not go far enough. The U.S. government should not be locking up children and families in immigration jails, period. For an entire year, the government has violated the basic rights of mothers and children to apply for asylum, by locking them up without cause and at great expense, by prejudging their cases without fairly applying the law to individual circumstances, and by putting up barriers to legal counsel, when the stakes are life or death," said a statement from Cecillia Wang, director of the American Civil Liberties Union's Immigrants' Rights Project.

"It has taken a year of lawsuits and sustained public pressure from human rights groups and Congress to get the Department of Homeland Security to act on these problems, and the ACLU will continue to hold DHS accountable," she added.

Last summer, there was an alarming spike in the number of undocumented immigrants coming from Central America. Many of them are fleeing the drug and gang violence in Guatemala, El Salvador and Honduras We saw tens of thousands of unaccompanied minors, mothers and families with young children, apprehended mostly along the Mexico border with Texas, and transferred to various states, including Arizona, for processing, because the detention facilities in Texas were flooded. They were temporarily placed in detention facilities or shelters, while they reunited with other family members in the U.S., and waited for their court hearings.

There have been less apprehensions on U.S. soil this year, but that does not mean less people are fleeing the region. (In his statement, Johnson says if the current trend this fiscal year continue, he annual number of apprehensions at the border will be the lowest since the '70s.)

Again, this doesn't necessarily reflect any changes in the extreme poverty and violence crippling certain areas of these Central American countries. It just means Mexico is working really hard with the U.S. to catch Central American migrants before they arrive to the upper borderlands.

"We continue to be vigilant in watching for any upswings in this migration pattern, and we know we must be prepared to respond in that event," Johnson's statement says. "We have also increased our capacity to focus our enforcement resources effectively on those who have recently crossed the border illegally, and on those who represent threats to public safety."

In May, U.S. Rep. Raúl Grijalva, along with 100-plus members of Congress, sent a letter to Johnson saying they were concerned with DHS' trend to apprehend undocumented families and children. The letter said the detention facilities were jail-like,"troublesome," and had "conditions of confinement, issues of due process and serious developmental and medical concerns of those being detained. DHS has not fully grasped the serious harm being inflicted upon mothers and children in custody."

Here is the rest of Johnson's announcement:


I and other DHS officials have conducted numerous visits to family residential centers. I personally visited the Karnes, Texas facility on Monday of last week. While there, I inspected the facility, the lodging, the dining area and the classrooms for children, and spoke directly and privately with the health providers. Most significant, I spoke with dozens of Central American mothers at the facility who came to this country illegally seeking a better life for their children and themselves.

I have reached the conclusion that we must make substantial changes in our detention practices with respect to families with children. In short, once a family has established eligibility for asylum or other relief under our laws, long-term detention is an inefficient use of our resources and should be discontinued.

In May, ICE announced a first round of reforms which we have already begun to implement; they include:

First, we have begun reviewing the cases of any families detained beyond 90 days to evaluate whether detention during the pendency of their immigration case is still appropriate. Priority is being given to the review of the cases of families who have been in these residential centers the longest.

Second, we have discontinued invoking general deterrence as a factor in custody determinations in all cases involving families.

Third, we are appointing a Federal Advisory Committee of outside experts to advise Director Saldaña and me concerning family residential centers.

Today we are announcing additional important reforms. In the last few days, Director Saldaña and her senior immigration enforcement team have presented me with a plan to offer release with an appropriate monetary bond or other condition of release to families at residential centers who are successful in stating a case of credible or reasonable fear of persecution in their home countries. Further, Director Saldaña has also presented me with criteria for establishing a family's bond amount at a level that is reasonable and realistic, taking into account ability to pay, while also encompassing risk of flight and public safety. I have accepted and approved this plan.

Additionally, I am directing that USCIS conduct credible fear and reasonable fear interviews within a reasonable timeframe. In substance – the detention of families will be short-term in most cases. During that time, we will have the opportunity to confirm accurate address and sponsor information so that ICE can more effectively monitor and ensure compliance with immigration obligations. During that time, families will also receive education about their rights and responsibilities, including attendance at immigration court hearings and other reporting requirements.

Finally, continued use of family residential centers will allow for prompt removal of individuals who have not stated a claim for relief under our laws.

Our larger hope is that Central American families will heed our repeated calls to find a safe and lawful path for the migration of children to the United States. Late last year, we established in-country refugee processing in Guatemala, El Salvador and Honduras, for the children of those lawfully present in the United States. We continue to encourage families to take advantage of that program. I have personally seen enough to know that the path of illegal migration from Central America to our southern border is a dangerous path and it is not for children.

We also urge Congress to grant President Obama's $1 billion request for aid to Central America, to finally and firmly address the underlying causes of illegal migration in Guatemala, Honduras and El Salvador – the so-called "push factors."

Border security continues to be one of my top priorities as Secretary of Homeland Security. As I have said before, our borders are not open to illegal migration. I know also that we must enforce our immigration laws in a fair and humane manner, consistent with our values as Americans. 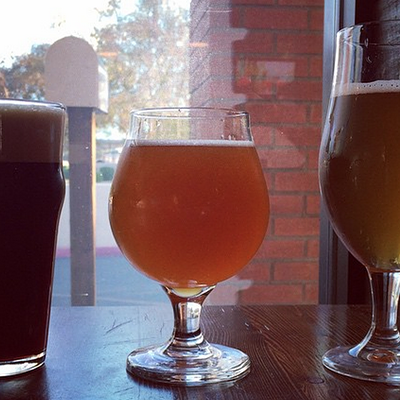