America's best food dude and overall badass Anthony Bourdain once aptly described the Negroni as a "satanic delicious hell broth," alluding to its bitterness and boozy punch. As he is right about pho and French fries being the best foods in the world, know that the Negroni, which was allegedly invented by an Italian count named Negroni who wanted his Americano cocktail with a little more bite (he did do time as a rough and tumble cowboy in the U.S., after all), is a cocktail you should be drinking.

Kicking off Negroni Week in Tucson on Monday, June 1, bartender Niklas Morris of Tough Luck Club will be attempting to make a Guinness World Record-setting gigantic Negroni. With the current record set unofficially at three liters, Morris seeks to smash that record over 55 times over with a 45 gallon Negroni that will be served in Tough Luck Club and made in the beer garden upstairs starting at 7 p.m.

Then, from June 1 until June 7 you can order up a Negroni at participating bars and they will donate a portion of their Negroni sales to the Arizona Sonoran Desert Museum. So, basically, you get a delicious Negroni and the museum in charge of preserving the integrity of our beautiful surroundings, including its heritage flora, gets money for it. Win-win, right?

In anticipation of one of the best weeks in the whole year, which will include a 45 gallon Negroni, you can watch this video of Anthony Bourdain making the cocktail (in an expectedly haphazard way) because they are great and so is he:

Head Down to Oak Flat for the Weekend: Concert & Advocacy Conference 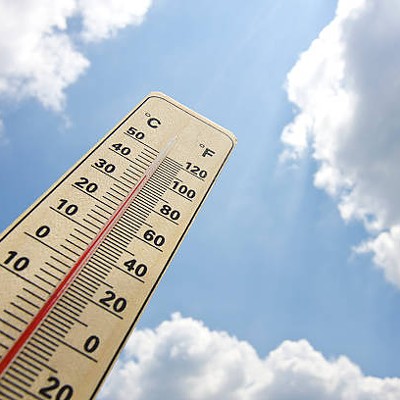 The Weekly List: 29 Things To Do in Tucson This Week