Although Cafe Passe has hosted some great concerts in the last couple years, the time to see live music at the Fourth Avenue cafe is nearly over. In the past, the spot has given everyone from jazz acts to country crooners to local indie bands a place to play, but now, according to a Facebook post on Friday, Feb. 13, Cafe Passe has decided to step out of the live music game to focus on their food and drink offerings.

"We've been wearing many hats over the last number of years and i [sic] feel it's time to focus on one, nice, well fitted hat instead," the post said.

It continued by saying that Cafe Passe will go back to fulfilling the spot's original mission: "make good food and good coffee." To that point, it says to expect a new menu, with beer, wine and, of course, coffee still included. Baked goods, breakfast, brunch and lunch will be served during the updated hours, which will cut out late nights and change to 8 a.m. to 8 p.m. daily.

The last night for live music at Cafe Passe will be on Friday, Feb. 20 from 6 to 8 p.m. with Celeste Amadee performing. The post said that with all of the venues in Tucson promoting local music, the owners feel confident that the cafe no longer needs to operate in that capacity.

"There are so many awesome new venues with local music and they're doing a fantastic job," it said. "We want to do a fantastic job doing what we've set out to do 9 years ago."

To stay up to date with Cafe Passe's changes, follow the restaurant and coffee shop's Facebook page.

UPDATE: Cafe Passe will have some live music at their monthly Words on the Avenue event on the last Sunday of every month from 7 until 10 p.m.

Editor's Note: This post has been updated to reflect the new date for Celeste Amadee's performance. 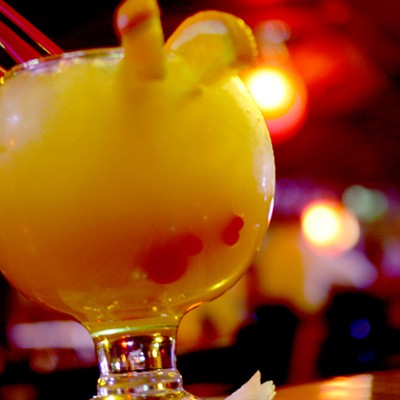