A U.S. Federal District Court has rejected Tucson Unified School District's Comprehensive Magnet Plan as approved by the TUSD board July 2014, saying the CMP isn't a comprehensive enough plan as required by the Unitary Status Plan—which is part of the districts's 30-plus-year-old desegregation efforts.
That plan has been at the center of the legal battle Roy and Josie Fisher and Maria Mendoza v. TUSD, in which the plaintiffs disagree with how the district has been handling these desegregation moves.

The purpose of the magnet plan is to "ensure that all magnet schools are making progress towards achieving the Unitary Status Plan definition of an integrated school, and to enhance the educational quality of its magnet schools and programs."


1. Ensure that all magnet schools and programs show measurable progress toward achieving the
definition of an integrated school as set forth in the USP [USP Section (II)(B)(2)].
GOAL: TUSD magnet schools will achieve the definition of integration to the extent possible as set forth in
the USP through an admissions process.
2. Recruit and retain a racially and ethnically diverse student body in TUSD magnet schools and
programs [USP Section (II)(E)(2)].
GOAL: By implementing the Marketing, Outreach and Recruitment Plan, the District will track the number
of students entering magnet programs at the lowest entry grade in order determine if the plan is
attracting a racially and ethnically diverse student body.     7
3. Enhance the educational quality and social capitol of TUSD magnet schools and programs.
GOAL: By implementing rigorous programs and quality instruction, students attending a magnet school will
score higher than the district average for that grade configuration (K-5, K-8, 6-8, 9-12).
GOAL: For each year, magnet students participation in Advanced Learning Experiences will increase.
GOAL: The achievement gaps between racial groups participating in magnet programs will be less than the
achievement gaps between racial groups not participating in magnet programs.


Starting in the mid-1980s, TUSD magnet programs were used as a mechanism to attract non-neighborhood, non-minority students to Westside schools, and to provide equal educational opportunities to minority neighborhood students attending Westside schools. In the late 1980s and early 1990s, magnet programs were added which included more centralized and traditionally desegregated schools. Beginning in 2000, TUSD developed some magnet programs that were successful in improving the racial/ethnic balances in some schools’ student populations. Although these magnets were less successful at attracting a diverse population, were successful at providing specialized educational opportunities for their concentrated minority populations. From the early 1980s through 2011, the demographics of TUSD changed. Through a Magnet Schools Assistance Grant two new magnets were created and one revise in 2010.

The plan pretty much explains how these magnet schools, which include Tucson Magnet High School, Catalina High School and Utterback Magnet Middle School, will move toward integration. These methods are what the court is saying are not clear.

TUSD now has four months to file a revised CMP. The district also needs to submit "improvement plans" on all magnet schools in the next three months. They will be working with a court-assigned referee or special master.

From what I have been hearing, the board isn't scandalized about this and is more than willing to move toward a plan that everyone is happy with.

You Have One Day to Watch Transparent for Free 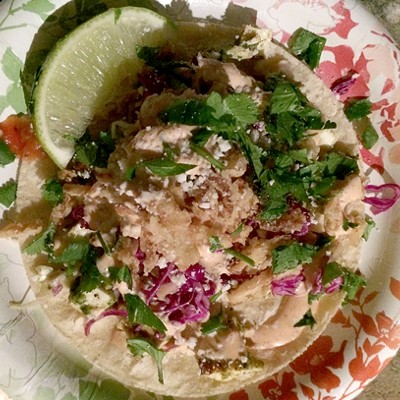