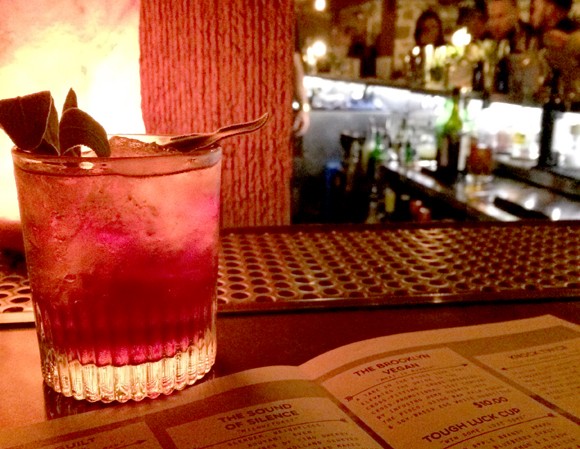 Heather Hoch
Sip on a tasty cocktail for a good cause.
The brand new bar in Reilly Craft Pizza's basement has been open less than two weeks, but is already creating a buzz around town. With a four page craft cocktail menu filled with inventive drinks, the bar has been packed most nights since it's opened.

However, the team at Tough Luck Club is hoping for an especially busy night on Wednesday, Jan. 14 because they're hosting a fundraiser to help out fellow bartender Erick Evans. The Scott & Co. employee tore his ACL at work and will be out of commission while it heals which unfortunately means no income.

TLC bartender Niklas Morris says he and Stephen Ott will be behind the bar at TLC on Wednesday night mixing up one of Evans' specialties: the Messi Situation. The proceeds from that drink, which combines cachaça, Fernet, Averna, and cinnamon, will go to Evans, as well as 100% of the two working bartenders' tips from that night.

You can stop by the bar from 5 p.m. until 2 a.m. on Wednesday to donate to Evans.