The Arizona Legislature’s efforts to make it harder for women to use medication to terminate their pregnancies hit another roadblock today as the U.S. Supreme Court kept the law on hold pending trial.
The 2012 law created new regulations that required doctors who prescribed the abortion-inducing drug Mifeprex to use protocols that were laid out when the FDA first approved the medication, which limited the use of the drug to the first seven weeks of pregnancy.

Since the drug’s approval 14 years ago, doctors have learned that not only is it safe to use up to nine weeks into a pregnancy, but a lower dose of the drug is effective. Reverting to the old protocols would require that patients make an additional trip to the doctor—a serious problem for women who live in rural areas—and take more medication than needed.

In June, the Federal Ninth Circuit Court of Appeals put the law on hold, saying that attorneys for Planned Parenthood “have introduced uncontroverted evidence that the Arizona law substantially burdens women’s access to abortion services, and Arizona has introduced no evidence that the law advances in any way its interest in women's health.”

Cecile Richards, president of Planned Parenthood Federation of America, said that the court “did the right thing today, but this dangerous and misguided law should never have passed in the first place.”

“Politicians are not medical experts—but politicians have written this law with the ultimate goal of making safe, legal abortion hard or even impossible to access,” Richards continued in a prepared statement. “We are pleased that the courts are recognizing that these unconstitutional laws hurt women and block access to safe medical care.”

Approximately half the women in Arizona who seek abortions use the medication option rather than a surgical procedure. And until another state law required the same facilities for dispensing the medication as performing a surgical abortion, Planned Parenthood could offer medication abortions in Yuma and Prescott. (Because of those restrictions, abortion services are now only available in Tucson, Maricopa County and Flagstaff.)

The Best Bar in Tucson, According to Bartenders, Is… 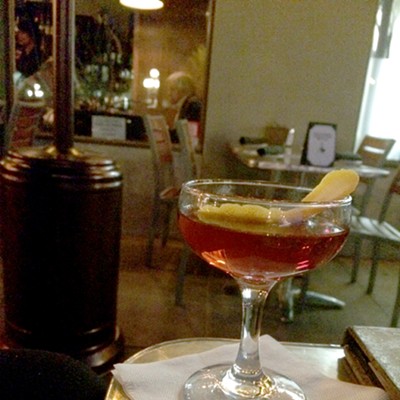