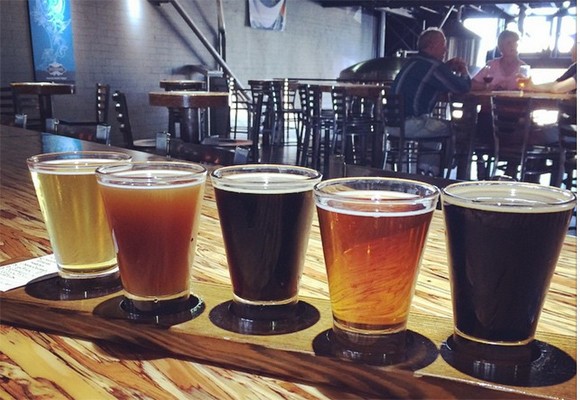 Heather Hoch
This flight of Mike Hess brews is like a beer rainbow.
It seems like every week is a good week to be a beer geek in Tucson, but I have to say that this week is shaping up to be a particularly good one.

First off, Dragoon Brewing Company is expanding today and they’re inviting fans of their craft brews to drop in from 3 until 10 p.m. to celebrate. Attendees can check out tours of the expanded brewery at 1859 W. Grant Road, Suite 111, along with plenty of new and old Dragoon beers and food from Zany Beaver and Black Top Grill.

On Friday, Dec. 12 at 5 p.m., San Diego-based brewer Greg Hess will be bringing ten different Mike Hess Brewing Co. beers to the Tap & Bottle at 403 N. Sixth Avenue, Suite 135. With a little bit of every style, you’ll likely find a new favorite or two among Hess’ offerings, which include:

Both events are free to attend, which means you’ll have more money to spend on beer and food trucks.

McCain: "I Know the Use of Torture Compromises That Which Distinguishes Us From Our Enemies"