Weekend Before Election Day: Get Your Ground Game Underway 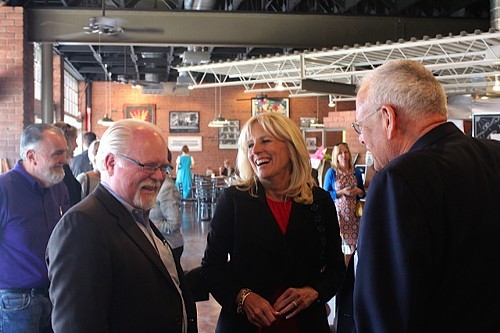 Halloween was a day of barnstorming across the campaign trail as candidates entered the final weekend before Election Day on Tuesday, Nov. 4.

Congressman Ron Barber was joined by Dr. Jill Biden, the wife of Vice President Joe Biden, for a swing across Tucson that included a quick meet and greet at Rincon Market and a Halloween party at Barber's campaign HQ. Barber, who is facing Republican Martha McSally in one of the most suspenseful races in the country, will be hitting up a canvass launch and a farmers market in Bisbee in the morning and spend the afternoon with supporters in Douglas and Sierra Vista. He'll be back in Tucson to watch the Wildcats game at 7:30 p.m. at Trident Grill, 2033 E. Speedway, with some veterans. On Sunday, he'll be kicking off voter canvass drives across Tucson.

Sneak Peek: "Zona Politics" Talks About the Hottest Races in Next Week's Election

Man on the Street: No Shave November