Speakers Give Candidates An Earful At PCIC Education Accountability Session

I went to the Education Accountability Session sponsored by the Pima County Interfaith Council last Sunday expecting to hear candidates talk about education. I was ready for yet another hour or two of the same old stuff. I'd force myself to pay careful attention, hoping at least one candidate for state legislature or the PCC board would say something so wonderful, or so awful, it would make my time there worthwhile. But I got something much better. The candidates weren't given much time to talk. Instead, they got an earful about how important education is to the well-being of both children and adults — and its obvious benefits to our economy — and were given the opportunity to pledge support for adequate funding and intelligent oversight of our schools, from kindergarten through university.

Sponsored by the PCIC, Literacy Connects and the UA Department of Education, the session played to a don’t-tell-the-fire-marshal overflow crowd, many from various religious congregations around the city, as well as other interested folks. The crowd was attentive and responsive, cheering for quality, well funded education rather than the candidates of their choice.

The highlight of the session was seven young and not-so-young adults who shared their personal educational journeys, people who benefited from a combination of their own hard work, often overcoming daunting obstacles, and educational opportunities they found in Pima County. One speaker learned English through Literacy Connects and is currently studying at Pima Community College. Another speaker who is undocumented spent seven years taking courses at PCC paying out-of-state tuition. He was able to speed up his coursework when he was granted in-state tuition, but now, PCC degree in hand, he is faced with having to pay out-of-state tuition once again at UA — and he still can’t get a driver’s license.

I would love to tell all their stories here, but they wouldn’t have the impact I felt hearing them from each individual. So this Friday, I’ll be interviewing three of the speakers on the cable access program, Education: The Rest of the Story. I’m looking forward to meeting these people and talking with them. I'll post their interviews here when they’re ready.

POSTSCRIPT: This post wouldn't be complete without mentioning the barnburner speech by Rev. Tom Tureman from Most Holy Trinity early in the session. We have an educational system failure, he said. Teachers are our first responders, but instead of supporting them, we revile them. He tore into the state legislators, but also the people who vote for them and let it all happen. "We elect people who ignore education," he said, "and spend their energy shouting about immigration and taxes." You tell 'em, Reverend Tom!

Celebrate Fall at the Harvest Festival in the Literacy Garden 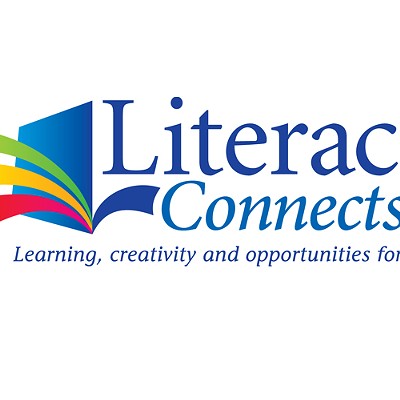 An Interview With Alec Moreno