Fook and Mishell to Leave KFMA

Despite the fact he seemingly hated any segment idea I ever had, I'll miss Fook, the morning show guy at KFMA for the last two years or so, who announced this morning that he and co-host Mishell Livio are leaving the station for a larger market and a more talk-oriented opportunity ("a standard better gig"). The two made it clear that they weren't being kicked off the station and that they weren't actively pursuing another opportunity, but did take a few shots at the standards of the station's management and the quality of the technology they worked with. Today is their last show.

Updates on their replacements and their destination (they're not allowed to discuss it currently, apparently).

As an aside, Fook gave me a weekly opportunity to be on his show nearly since the start of his time on the air and I couldn't be more appreciative of the chance I've had to discuss whatever weird thing has been on my mind, from the Aussie Party fallout to where adults find new friends. He and Mishell put on a solid five mornings of entertainment each week, and while I'm happy they're moving on to something bigger and better. Best of luck, you two.

Andrew Thomas Will Fight the Mexicans, Gays and Liberals, According to His Terrible New Ad 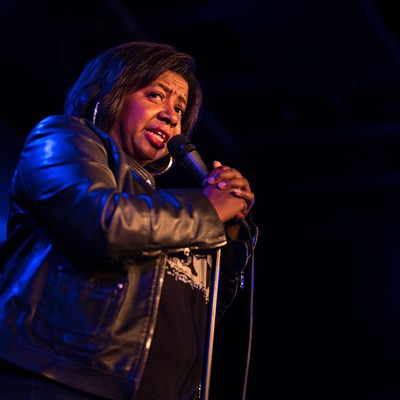