Think Progressive has that the United States Patent and Trademark office nixed six federal trademark requests for the Washington Redskins NFL team. The courts ruled that the name is “disparaging to Native Americans," and unable to be trademarked because federal law disallows the protection of derogatory or racially offensive language.


“I am extremely happy that the [Board] ruled in our favor,” Blackhorse said in a statement. “It is a great victory for Native Americans and for all Americans. We filed our petition eight years ago and it has been a tough battle ever since. I hope this ruling brings us a step closer to that inevitable day when the name of the Washington football team will be changed. The team’s name is racist and derogatory. I’ve said it before and I will say it again – if people wouldn’t dare call a Native American a ‘redskin’ because they know it is offensive, how can an NFL football team have this name?”

Unfortunately, this won't really affect the team or the brand. But it does send a message. The team's legal counsel has already filed an appeal, and don't plan on going down quietly.


LOUDOUN COUNTY, Va. – The following is a statement by Bob Raskopf, trademark attorney for the Washington Redskins, regarding today’s split decision by the Trademark Trial and Appeal Board:

“We’ve seen this story before. And just like last time, today’s ruling will have no effect at all on the team’s ownership of and right to use the Redskins name and logo. ‘Redskins Are Denied Trademarks’
-Washington Post, April 3, 1999

We are confident we will prevail once again, and that the Trademark Trial and Appeal Board’s divided ruling will be overturned on appeal. This case is no different than an earlier case, where the Board cancelled the Redskins’ trademark registrations, and where a federal district court disagreed and reversed the Board.

This ruling – which of course we will appeal – simply addresses the team’s federal trademark registrations, and the team will continue to own and be able to protect its marks without the registrations. The registrations will remain effective while the case is on appeal.

When the case first arose more than 20 years ago, a federal judge in the District of Columbia ruled on appeal in
favor of the Washington Redskins and their trademark registrations.

As the district court’s ruling made clear in 2003, the evidence ‘is insufficient to conclude that during the relevant time periods the trademark at issue disparaged Native Americans...’ The court continued, ‘The Court concludes that the [Board’s] finding that the marks at issue ‘may disparage’ Native Americans is unsupported by substantial evidence, is logically flawed, and fails to apply the correct legal standard to its own findings of fact.’ Those aren’t my words. That was the court’s conclusion. We are confident that when a district court review’s today’s split decision, it will reach a similar conclusion.

In today’s ruling, the Board’s Marc Bergsman agreed, concluding in his dissenting opinion:

It is astounding that the petitioners did not submit any evidence regarding the Native American population during the relevant time frame, nor did they introduce any evidence or argument as to what comprises a substantial composite of that population thereby leaving it to the majority to make petitioner’s case have some semblance of meaning.

The evidence in the current claim is virtually identical to the evidence a federal judge decided was insufficient more than ten years ago. We expect the same ultimate outcome here.”

The NFL has yet to publish an official statement regarding the ruling. 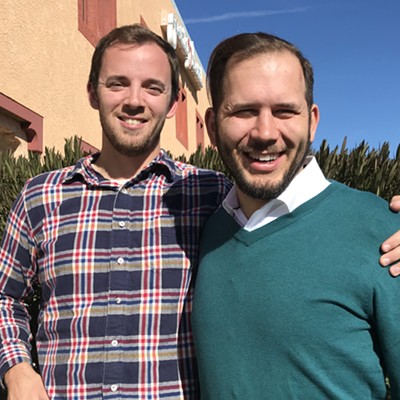