ESPN has reported that Steve Kerr will be the Golden State Warriors head coach next year. The UA alum rejected an offer from the New York Knicks to stay close to his home in San Diego, according to ESPN. Reportedly, Kerr accepted a five-year, $25 million dollar deal.


Sources said Kerr was under the impression that the Warriors preferred Stan Van Gundy to him, but when the Detroit Pistons swooped in to land Van Gundy, Kerr became the Warriors' top choice — and he theirs.

The Warriors met Tuesday with Kerr before his TNT broadcast in Oklahoma City and appeared to remain in the running for him alongside the Knicks, according to sources with knowledge of the situation.

Sources told ESPN.com that the Warriors, after initially believing they had no shot at Kerr because he was "too deep" into his negotiations with the Knicks, started pressing him as hard as they could to try to change his mind after Golden State's other top coaching target — Van Gundy — struck a deal with the Pistons.

Before the Chicago Bulls and Kerr was time as manager of the Phoenix Suns, the five-time NBA champion was a point guard for the Arizona Wildcats:

Still, Lute Olson saw something in the skinny kid and brought him to Tucson. During his freshman year, Kerr got word that his father, Malcolm Kerr, had been assassinated in Lebanon, where he had been the president of the American University of Beirut. It was a brutal test of a young man's character, but he hung in and actually earned some playing time his freshman year.

By the next season, he was a full-time starter, averaging 10 points per game and shooting a stellar 57 percent from the floor. The next year was even more amazing: He led the team in assists and averaged 14 points a game. That summer, Olson tapped him to play for the U.S. team in the World Championships in Spain. (Back then, the U.S. sent amateurs to world championships and the Olympics. Since the 1970s, the rest of the world, using professional players, had been making steady progress against the Americans, who felt it wouldn't be sporting to send professionals. When the Olson-coached squad won it in 1986, it was one of only three times in 14 attempts that the Americans had triumphed. These days, our professionals can't even win the thing.)

Click here to read the rest of Tom Danehy's interview with Kerr in 2008. 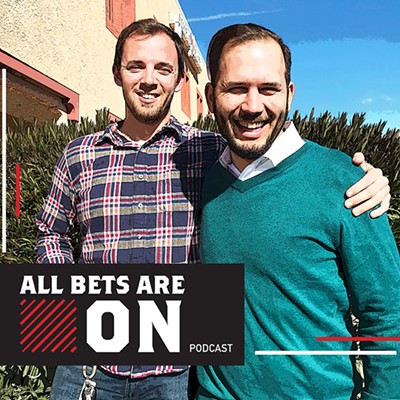