Seattle Seahawks cornerback Richard Sherman became the Stone Cold Steve Austin of football after the win against the San Francisco 49ers on Sunday.

Sherman deflected a pass to Niner wide receiver Michael Crabtree that resulted to a game winning interception. I saw it at Che's Lounge with a bunch of instant Seahawk fans, alright, not everyone, but I was one of them. They turned off the game and put on some live Nirvana show I have never seen before, so I missed the brilliant post-game interviews with one of the League of Boom members.

I love watching shit talkers make fools of themselves on national television. Instead of talking about what happen on the field with Fox Sport's Erin Andrews, Sherman decided to bash Crabtree and the sorry attempt to get past him and the best defense in the NFL. I found it enjoyable, but did he go to far? Sherman repeated himself with ESPN and called the ending to this before the game even started.

But that’s not why I don’t like the man. It goes back to something he said to me this offseason in Arizona, but you’d have to ask him about that. A lot of what I said to Andrews was adrenaline talking, and some of that was Crabtree. I just don’t like him.

I ran over to Crabtree to shake his hand but he ignored me. I patted him, stuck out my hand and said, “Good game, good game.” That’s when he shoved my face, and that’s when I went off.

I threw a choking sign at 49ers quarterback Colin Kaepernick. Why? Because he decided he was going to try the guy he was avoiding all game, because, I don’t know, he’s probably not paying attention for the game-winning play. C’mon, you’re better than that.

Hopefully, Sherman will repeat this magic at the Super Bowl against Peyton Manning and all the other Denver Bronco squad members.

Obviously, I'm not a sports writer. Do you think you could do better? Email me at hbarajas@tucsonweekly.com and let's talk sports.

Who Will Be Our Newest State Lawmaker? 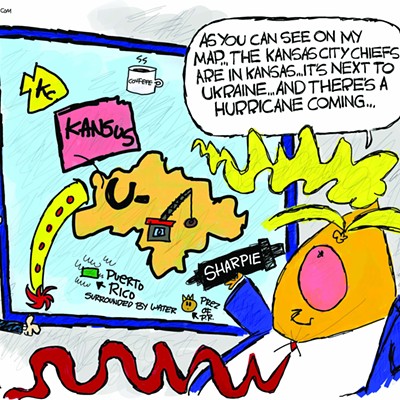