When I was in Portland last month (I realize that any sentence that starts that way is generally a tedious look at how life is supposedly better there, but bear with me), I ended up eating at three or four places that had started out as food trucks, but had opened up physical locations as they built up a following.

Tucson's food truck culture is obviously still a bit behind that of our bearded cousin to the northwest, but another truck (well, a trailer, but let's not get picky) is launching a permanent spot, with Seis Curbside Kitchen following the path of Eat-a-Burger and Serial Grillers.

According to owners Erika and Jake Muñoz, Seis has signed a deal to move into a space at Mercado San Agustin, hopefully by March. The menu will feature the same takeaway takes on regional Mexican cuisine, but adding breakfast options and "some fun additions."

We'll keep you updated on when the Mercado location is ready to open. 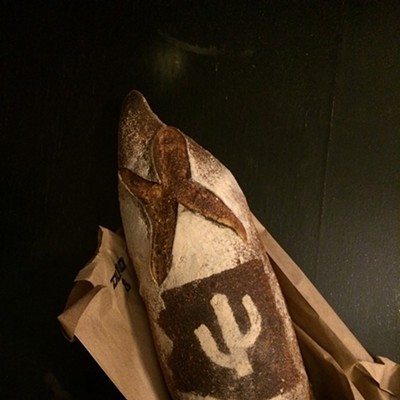