If you're not into going out tonight to celebrate Halloween, might I suggest you cozy up next to a big heaping pumpkin full of candy and check out Ghostwatch.

Ghostwatch was a BBC production that aired 'live' on October 31, 1992. It's an early prototype of reality-horror films; you can feel the influence this had on The Blair Witch Project, the Paranormal Activity series, the V/H/S series, etc. I've seen enough horror films that I'm not that easily spooked (just don't bring up Don't Look Now), but I was having multiple panic attacks when I first saw this a few years ago.

And I'm not alone on this. According to the lengthy Ghostwatch Wikipedia entry, a lot of freaked out and pissed-off viewers phoned the Beeb after it aired to voice their complaints, with many thinking that it was a real deal, despite the "Written by..." credit at the start of the program. Further controversy arose afterwards when children who had watched the program started showing signs of post-traumatic stress disorder. You can read a report on those cases in the British Medical Journal here. Because of all the negative hoopla, the BBC put a decade-long ban on the program.

So what's all the fuss? Ghostwatch is a mock-documentary about a haunted house. Actual BBC reporters investigate a house teeming with poltergeist activity and it's effects on the family. The reporters uncover a sinister spirit named Pipes. Things start getting hinky and before you know it apparitions start popping up in the background, lights explode, temperatures suddenly drop, disembodied voices sprinkle the proceedings and general ghostly mayhem ensues, all in a typical, proper "oh my, Jeeves" British fashion.

Ghost Watch pt 1 from Encounters with Spirit on Vimeo.

Ghost Watch pt 2 from Encounters with Spirit on Vimeo.

Ghost Watch pt3 from Encounters with Spirit on Vimeo. 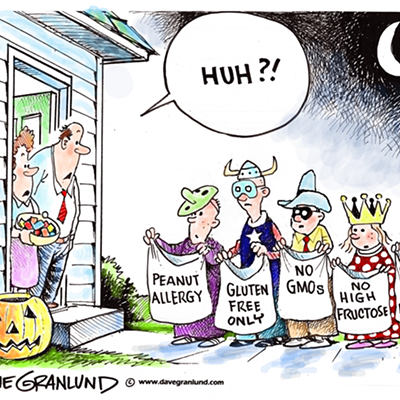