1865 called and they want their idiots back.

There has been some chatter about a pathetic, racist club from North Carolina is recruiting here in Tucson.

Two applications to join the Loyal White Knights of the Ku Klux Klan were sighted on the eastside, according to Tucson News Now. Of course you're never going to see what they look like because they are masked cowards. You'll never see them on your lunch break because they prefer to rally at night. I tried calling their KKK hotline (336) 432-0386, but I got a recording because they are too afraid to answer their own phones. The recording ends with "If it ain't white, it ain't right. White power."

I hope this is a sick joke because the majority of people around here don't tolerate this crap, but I can't speak for everyone. I'm not afraid to voice my opinion about this because I'm 100% positive that KKK members can't read. If you're responsible for this please go back to 1865 and wither away.

Tucson Comic-Con Tickets Are On Sale 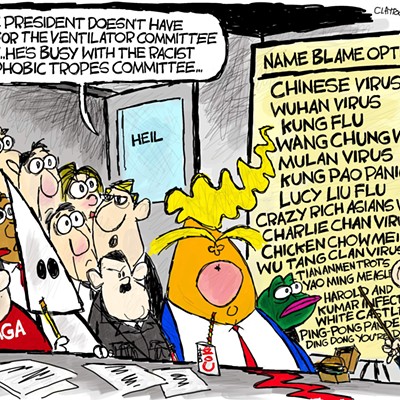