Local comedians Mike Sterner and Bridgette Thum joined forces with the The Loft Cinema to create a free weekly comedy night. Thus, Happy Tuesdays was born. Every Tuesday a local comedian or comedy group hosts different hour long variety shows in Mooney’s Back Lot (behind the new digital theater three). I host “Viva La Viral” on the third Tuesday of every month. I perform some standup then show my favorite viral videos people have sent me or I discovered throughout the month.

There's special local personality at every show to share their favorite videos. This month’s guest is Jacob Breckenridge. Breckenridge is the co-host of “The Switch” a monthly improv comedy show at Plush Tucson and he’s comic book writer and artist.

All the Happy Tuesday shows are all ages (but the theater encourages that folks don’t bring children 3 and younger; get a babysitter) and free, but seating is limited. Come relax on either on the love seats, comfy chairs, and satisfy your thirst at the well-stocked bar. The doors open at 8 p.m.

Check out the Loft’s website for all the details.

Chad Campbell's Out of the Governor's Race

Four Great Things to Do in Tucson Today: Wednesday, Dec. 5

Four Great Things to Do in Tucson Today: Thursday, Nov. 29 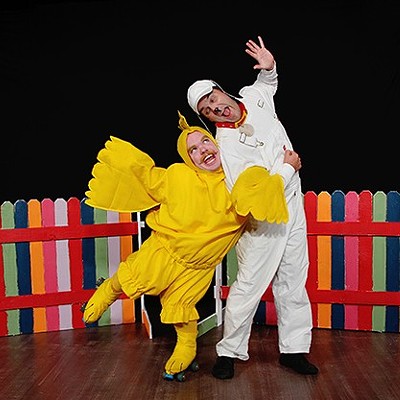