Just days into their new fiscal year, the Pima Animal Care Center has seen an increase of more than 100 adopted or rescued animals.

But with every animal saved, even more are pouring through the door.

As of yesterday, the center had seen an increase of 83 animals who need homes, from 556 last year to 639 this year, according to a press release from the Pima Animal Care Center.

"We don’t know what is driving the increase, but we do know that it’s become a truism that when the monsoon comes, we’re swimming in cats and dogs," the release said. "So if you’re thinking of adding to your household, we have a great selection right now at a great deal."

During this weekend only, all pets can be adopted at a special rate of $13, including shots, microchip and sterilization.
All pets weighing more than 40 pounds will continue at the special rate throughout the rest of the month.

And, for dogs older than 5 years, or with medical needs, rescue group Tucson Cold Wet Noses has even offered to pay for some basic blood work, dental work and alterations as needed, according to the release.

So there you have it. With no excuses left, why not save a life this weekend?

Last month, PACC reached an ambitious goal of 12,000 adopted animals by June 30.
But despite their achievements, hundreds of animals are still in desperate need of a home.

According to the PACC website, in an average year:

With the center overflowing, many animals are in danger of euthanasia, though some may be more at risk than others depending on their condition.

Listed as "beyond extremely urgent," Hannah, a pit bull terrier mix, came to the center just last week with her 5-week-old puppies. She is limping on her front right leg, and passed her temperament test.

Though Hannah is a prime example of an animal in severe crises, the center has plenty of animals that make you wonder how they even got there, such as this lovable guy named Bear:

My name is Bear which is a perfect name for me because I look like a big, fuzzy teddy bear. I am a neutered, brown Chow mix, about 7 years old. I am super friendly and playful and I really love to have people pet me...

Whether these animals are listed as "beyond extremely urgent," are brand new to the center, or even a staff favorite, one thing is for certain - they all need a home.

For more information about the center or adoptions, call 243-5900. 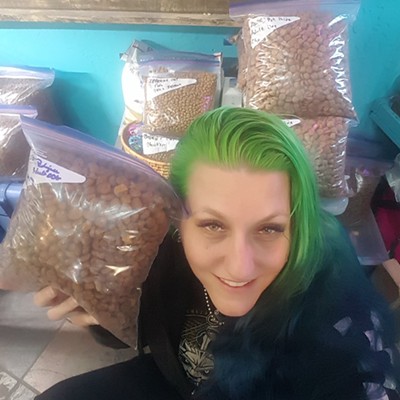 PACC: Stay at Home and Foster a Pet