To celebrate both, Serious Eats put together a map of the iconic burger of each state — and it's a good one. Featuring California's In-N-Out Double-Double Animal Style, Minnesota's Juicy Lucy, Kansas' White Castle sliders, Texas' Whataburger, this map nails it.

Mostly. Because this doesn't make sense to me.

Why yes, that is a frybread-wrapped burger.

I won't lie to you Tucson: I've never had one of those. Frybread, sure — it's what ruins my shirts and gets my hands all sticky every time I go to the State Fair — but a burger wrapped in frybread is new to me.

Now, I won't go out and say that this is a travesty, that Diablo Burger should take the crown (though I'm enough of a fan that apparently some of the waitresses recognize me — I should probably lay low for a few months), blah blah blah. It's fine.

I just think that there's way, WAY more to Arizona's burgers than frybread (hell, we could even through BurgerRito into the mix, new as they are).

I will say though: If anyone is willing to point me in the direction of a quality frybread burger, I'll give it a shot.

A Look at the Border Patrol Through Lucha Libre

Holiday Foods To Avoid So Friends Don’t Avoid You 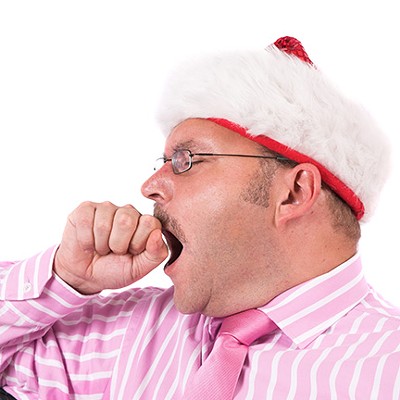