Pinal Sheriff Paul Babeu has made a hell of a name for himself in recent memory, as a version of Maricopa County's Sheriff Joe Arpaio — but with more of a propensity for trying to find love (or whatever) using online dating sites.

Whatever. We don't judge here.

But according to the Phoenix New Times, a political consulting firm is floating the idea that Babeu may (possibly, at some point in the future) be considered a candidate for Congress, maybe kinda:

"In a survey of 349 likely Republican primary voters, 27.3 percent say they would vote to nominate Babeu if the primary were held tomorrow," says the press release from MBQF Consulting. "State House Speaker Andy Tobin trailed a distant second in the poll of potential Republican primary candidates with 5.1 percent."

Babeu dropped his candidacy for Congress in CD 4 last year amid allegations from his ex-boyfriend, a Mexican national, that Babeu's attorney threatened him with deportation.

Babeu hasn't announced that he's running for Congress again in 2014 in CD 1 — currently occupied by Democratic Congresswoman Ann Kirkpatrick — but this might be an indication of his intent.

According to the political consultants who made this poll, Babeu's a "formidable candidate."

"He has a proven ability to raise money from a donor base that extends far beyond Arizona's borders, high name ID, and voters appreciate his ongoing efforts against the Mexican drug cartels, against human trafficking, against illegal immigration, and as a leading advocate for job creation and balanced budgets in Pinal County and across Arizona," the press release says.

Of course, this is just a poll to float the idea and judge public reaction, and God only knows who was actually polled, but the important thing here is that Sheriff Babeu is "formidable," and that's all he needs, right?

Aside from a distraction from the fact that he may have possibly threatened his ex-boyfriend with deportation.

Be Careful In the Monsoon, Folks 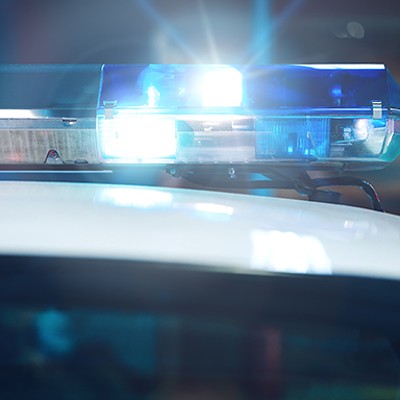