The cantina floor was packed with dancers for DJ sets of 70s favorites and what might have been a curated i-tunes search for 70s songs mentioning oceans, islands and sails. Starbuck's "Moonlight Feels Right"; Player's "Baby Come Back"; the Doobie Brothers' "What a Fool Believes"; The Steve Miller Band's "Fly Like an Eagle"; Ace's "How Long Has This Been Goin' On"; Walter Egan's "Magnet and Steel"; and tracks by Bozz Scaggs and Gerry Rafferty were representative, but the tunes got louder and faster as the night progressed.

Co-organizer Kitty Kat McKinley was everywhere, keeping conversation groups and dancers going like plates spinning on broomsticks. Inside and out, La Cocina was full of happy, chattering and drinking party-goers, most posing cute at some point for a theme photo — kinda like prom.

Two photographers covered everyone who wanted to be seen, but the greatest photo ops involved a boat with an "island sunset" backdrop painted by muralist and co-organizer Joe Pagac. In case you want to try it at home, Pagac has helpfully created a YouTube video: How to Paint a Tropical Island Sunset.

A slideshow of some of the shenanigans follows.

Summer Care for Your Potted Cactus in Your Desert Landscape

To Exodus International's Alan Chambers: 'I wonder how you plan on making amends' 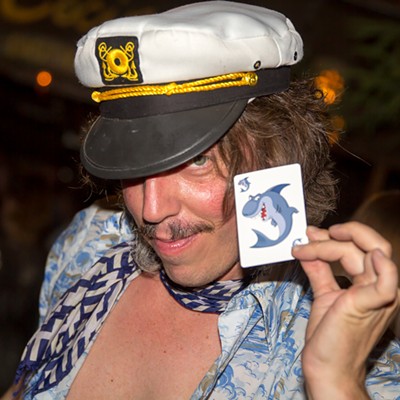 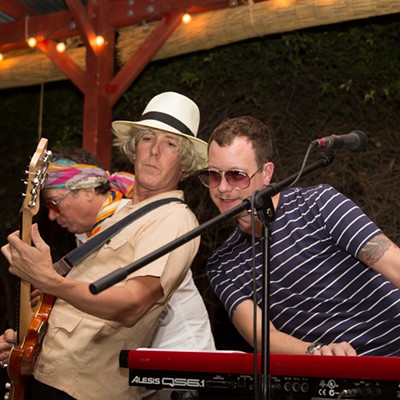 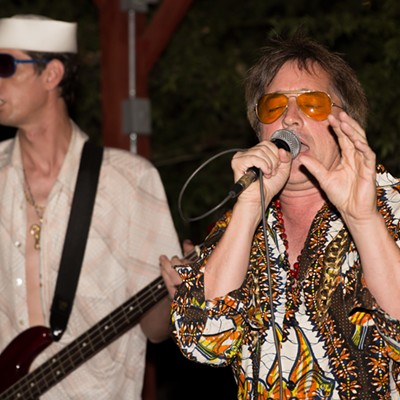 Claytoon of the Day: Go Back Where You Came From