Controversial Gay-Cure App Pulled By Apple, But Not Google

Do you have feelings of impurity or sin, related to your homosexual lifestyle? Do you wish there was a way to free yourself from your thoughts and retrain your mind to become straight?
Believe it or not, there's an app for that.

Recently released in March, a new app from Setting Captives Free, a non-denominational ministry, claims to help users find their "freedom from homosexuality" - in just 60 days.

Door of Hope is one of several sexual purity courses offered from the app, though it has definitely stirred the most controversy. Others include A United Front, designed for spouses addicted to pornography, and Purity Challenge, a 31-day course for teen purity.

Upon previewing the course, users are presented with a message from Mike Cleveland, president of Setting Captives Free:

First, let me just say that despite what you may have heard elsewhere, you do not have a 'homosexual gene,' nor were you born this way with no hope of freedom. You can be set free from the bondage of homosexuality through the power of Jesus Christ and the cross! If you will apply the biblical principles found here, you can walk through the Door of Hope into a new life with Christ, free from sexual impurity and self-gratification.

Be transparent and honest. Since you are likely someone who is quite used to hiding your sin from others, we would encourage you to walk in the light and speak forthrightly about what is happening in your life and in your heart. This will help you to receive the most benefit from these lessons.

However, by encouraging you to walk in the light we are not saying that you are to be graphic or overly detailed in your responses. Satan has received enough glory and attention ...

Yeah, it's pretty wack. And it seems that most people would agree with that.

In May, Apple removed the app from iTunes, after thousands of outraged petitioners joined a campaign from All Out - a nonprofit advocacy organization whose mission is to "build a world where no person will have to sacrifice family or freedom, safety or dignity, because of who they are or whom they love."

The petition states: "These so-called treatments can cause terrible harm to lesbian, gay, bi, and trans people, or anyone forced to try to change who they are or who they love."

But although Apple has taken down the app, the Google Play store for Android users has not (some parts of the app however, are now unavailable).

The week, the campaign reached more than 150,000 signatures, and hand-delivered them to Google headquarters.

Personally, I think the app is absolutely disgusting. It is beyond me that there are people who believe an LGBTQ person can be cured from their "gayness," and are willing to go through the trouble to create the ridiculous program.

But that's beside the point.

The point is even if 500,000 people sign a petition to have the app removed, does Google Play need to remove it?

While the obvious answer would seem that yes, they do and most definitely should, the app does not seem to break any laws or fall into the category of hate speech.

Hate speech means it is likely to produce "imminent, lawless action," is not protected by the constitution and must pass the Brandenburg Test.

Free speech means opinions can be expressed publicly without governmental interference, with the exceptions of things such as libel or incitement to violence.

Though extremely vile, discriminatory and downright ridiculous, the gay-cure app does not seem to provoke violence, leaving the choice to remove the app entirely up to Google.

That being said, Google has a long history of supporting the LGBT community, including its own LGBT network - The Gayglers.

Whether Google chooses to listen to All Out or not, and hopefully they do, it does not speak out against the root of the problem - that there are people out there who still believe being gay is something that can be cured, purified or treated like its a disease.

Ultimately, the best way to fight speech that you disagree with is, more speech.

Signing a petition is a great start, but it's only a petition. What if 150,000 petitioners signed a campaign asking Google to take down pro-gay apps?

Hey, it could happen.

Silencing these apps in Google Play stores do not solve the problem. It just stops the bleeding, and only temporarily.
Instead of raising your voice, raise your words. Start the conversation and get the word out about these issues facing the LGBT community everyday, and ultimately the community as a whole.

Hell, you could even create a counter-app that turns straight people gay to show your support. Just don't stay silent.

The Return of Golden Boots, with Floating Action on the Congress Hotel Patio, Monday, June 17 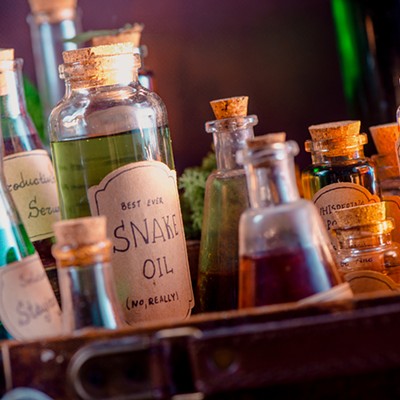 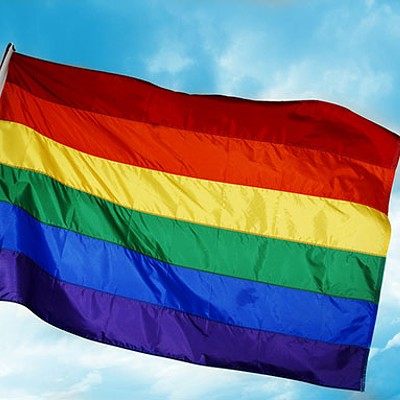