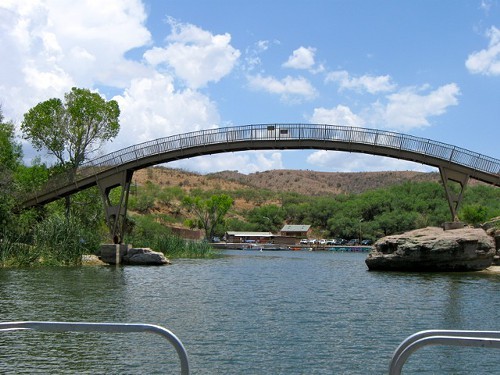 In all the excitement over the Medicaid expansion, there are a whole bunch of overlooked tidbits from the recently completed legislative session that The Range will be gathering in the next few days.

For starters, there's new funding for state parks and arts organizations. Both had been cut to the bone in recent years (a deep dive into parks funding here and a look at cuts for the arts here), so supporters see this as a positive direction, even if it's not the kind of support they've had in the past.

State Sen. Steve Farley, a Democrat who represents midtown Tucson, says he dreamed up the idea in the middle of the night in January and shopped the idea around to Republicans during the session.

Both the State Parks Department and the Arizona Commission on the Arts will be getting $1 million each, which was whittled down from an earlier proposal that would been about twice that amount. The money comes from interest from the hundreds of millions of dollars stashed in the state's rainy-day fund.

"A million dollars is not a lot to some agencies, but to the arts commission, which has been zeroed out in the general fund for the last three years, it's huge," Farley told The Range.

Farley sees a developing coalition of supporters of the parks and arts.

"There are different people who support both, but they understand the power of each other," Farley says. "There are real opportunities for collaboration in the future there."

Idaho Republican Appears to Have Never Met A Gay Man