For some reason, Adam Scott, funny person from Party Down, Step Brothers and, currently, Parks and Recreation, has been making fifteen minute long faux-documentaries about remaking credit sequences from 80's television shows lately for the cable-channel-within-a-channel Adult Swim. Last time, it was a remarkable shot-by-shot re-creation of the theme to the Gerald McRaney vehicle Simon and Simon; this time, it's Hart to Hart (a show I associate with seeing on TV at hospitals, no idea why?) If there's an Emmy for attention to detail, this should probably get it.

You Can Go See Lumberjacks Chop Stuff This Weekend

Grijalva: NSA Phone-Record Grab "A Serious Breach of Faith Between the Federal Government and the American People" 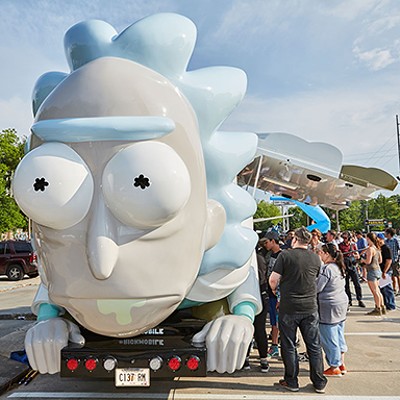