Prepare to Spend the Next 13 Hours on Netflix: 'Arrested Development' is Back

On Sunday, Netflix released a beautiful gift into the world: an entire new season of Arrested Development.

In the first episodes of the series, we get a glimpse of what happened to the characters after the end of the third season.

A quick refresher: When the series left off, George Sr. (Jeffrey Tambor) was using his eldest son GOB's (Will Arnet) magic trick to escape arrest, while his wife, Lucille (Jessica Walter), was commandeering an historic ocean liner with a similar end goal. Meanwhile, perpetually panicked Buster (Tony Hale) fell off the boat, bringing him face to face with his greatest fear: seals. Lindsay (Portia de Rossi) found out she had been adopted, making George Michael's (Michael Cera) crush on his cousin Maeby (Alia Shawkat) slightly less creepy. And, finally deciding to cut ties with the family nonsense, Michael (Jason Bateman) is seen sailing away into the sunset with this son, George Michael.

In other words, it's horribly convoluted and — ultimately — hilarious.

In the new season, Michael is struggling to look after himself financially since distancing himself from the family business. He is pursuing his dream to "Become a Phoenix" by taking online classes. Not to worry though, as he is getting the full college experience by freeloading out of George Michael's dorm room. George Michael and his sort-of cousin who is "definitely not his girlfriend," Maeby, are working to gain independence from the Bluth family by kicking Michael out of the dorm.

Lindsay is taking an Eat, Pray, Love inspired trip to an Indian resort in an effort to let go of her material possessions, find herself and, most importantly, buy some knock off purses in which to keep her material possessions. Lucille and George Sr. are scheming, as always, trying to find a way back on top of the social ladder and avoid the punishments they deserve. I won't spoil it for you, but plan involves doppelgangers, Mexico and questionable parenting decisions.

Tobias (David Cross) and Gob are in the first few episodes, although not heavily featured until later on in the season.

The revival has received mixed reviews. Maybe that's the result of a big build up— the show was on hiatus for seven years and the new season has been getting a lot of hype since it was announced—or maybe this season just isn't as good as the others.

But, there's been a good amount of positive feedback as well. Fans have been loving Kristen Wiig as young Lucile. Wiig can perfectly replicate Lucile's distinctive pursed lips and disinterested side-eye. Seth Rogen joins her as a young George Sr. Rogen's performance is less notable, but does provide an amusing visual for what George Sr. looked like with hair.

This collection of episodes has some notable differences from the previous three seasons. Each episode focuses on an individual Bluth trying to "keep him/herself together." The episodes take place around the same time frame and circle back on events other episodes already covered.

It's not a bad season, and it certainly picks up a few episodes in. The jokes come quicker and the characters settle into themselves. The season doesn't start off as strong as anyone would have hoped, but it is still a great show.

So, grab your frozen bananas and prepare for some puns. The Bluths are back. 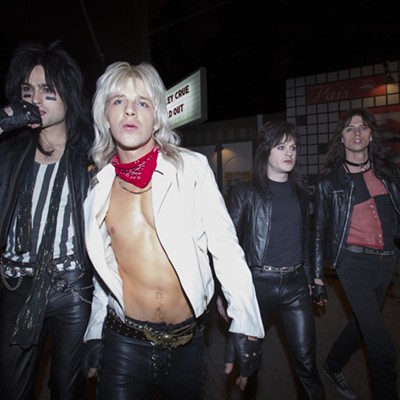